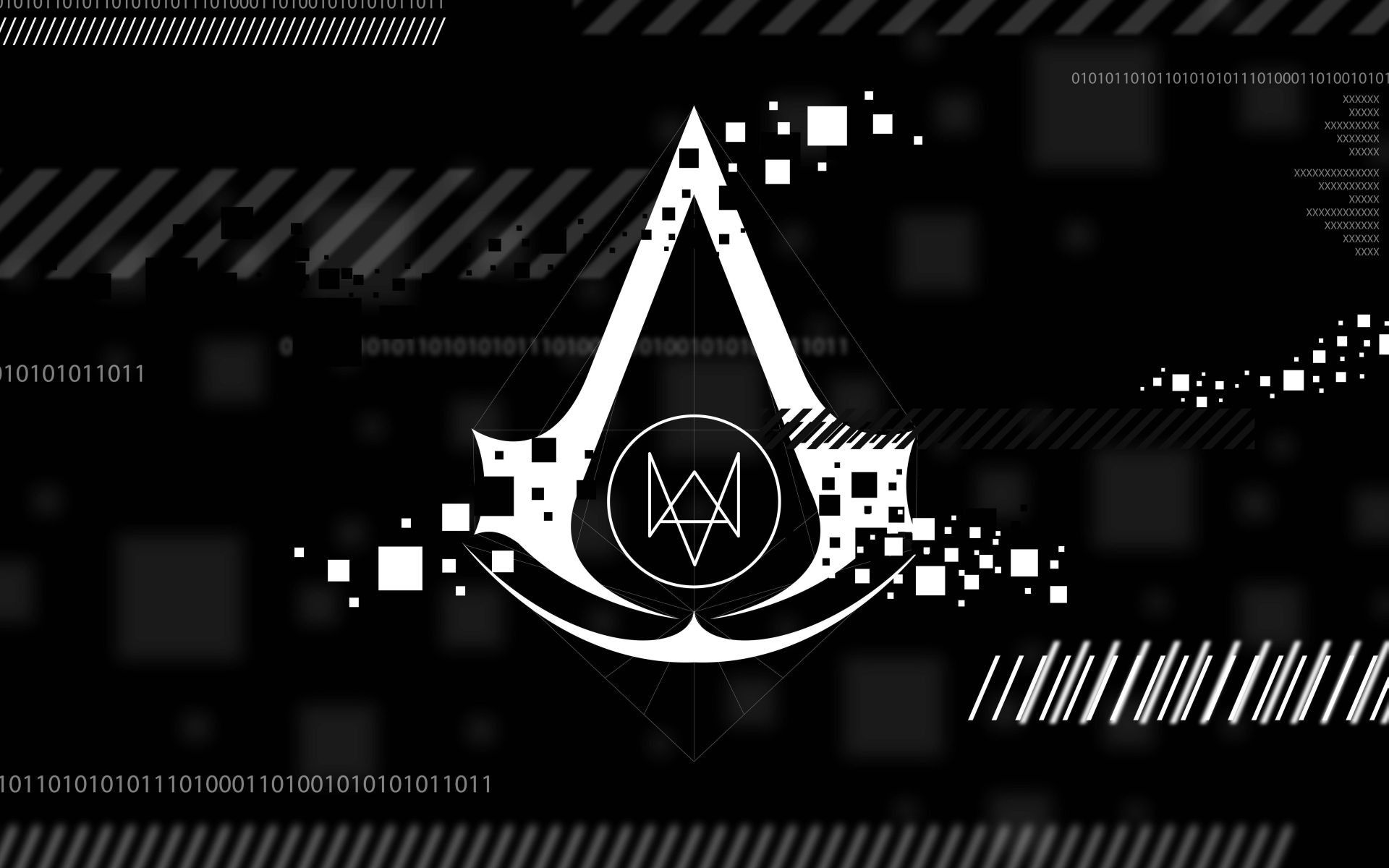 Back in 2013 Ubisoft gave Assassin’s Creed Black Flag to the world and fans of the series rejoiced at what is still considered one of the best in the series. What they also delivered was an easter egg referencing a potential shared world with their upcoming new IP Watch Dogs.

Was this going to be expanded upon further, or was Ubisoft teasing something bigger than just a shared in-game world? Lets look at what we’ve seen so far and what could happen in future.

A Connected Universe? The Evidence for a Assassin’s Creed Watch Dogs Crossover

In Black Flag we were introduced to a new silent protagonist who was starting a job within Abstergo Entertainment. Up until this point Abstergo had just been a large corporation of unknown power and influence, known to the player as the face of the modern-day Templars. They were the ones who had kidnapped Desmond, the protagonist of all the previous titles, and used him and his genetic memory to find artifacts of power left behind by an ancient Humanoid species.

Now Abstergo operates as a harmless looking games company who create games based on memories of Pirates. During the modern-day sections of the game you are granted high-security clearance within the floor you work on which gives access to some more interesting files on Abstergo and their links with the Templar Order, as well as something

else. One particular file shows something unexpected, some information regarding a security company called Blume and their revolutionary new system called ctOS. Blume are presenting ctOS to Abstergo in an attempt to provide their services. 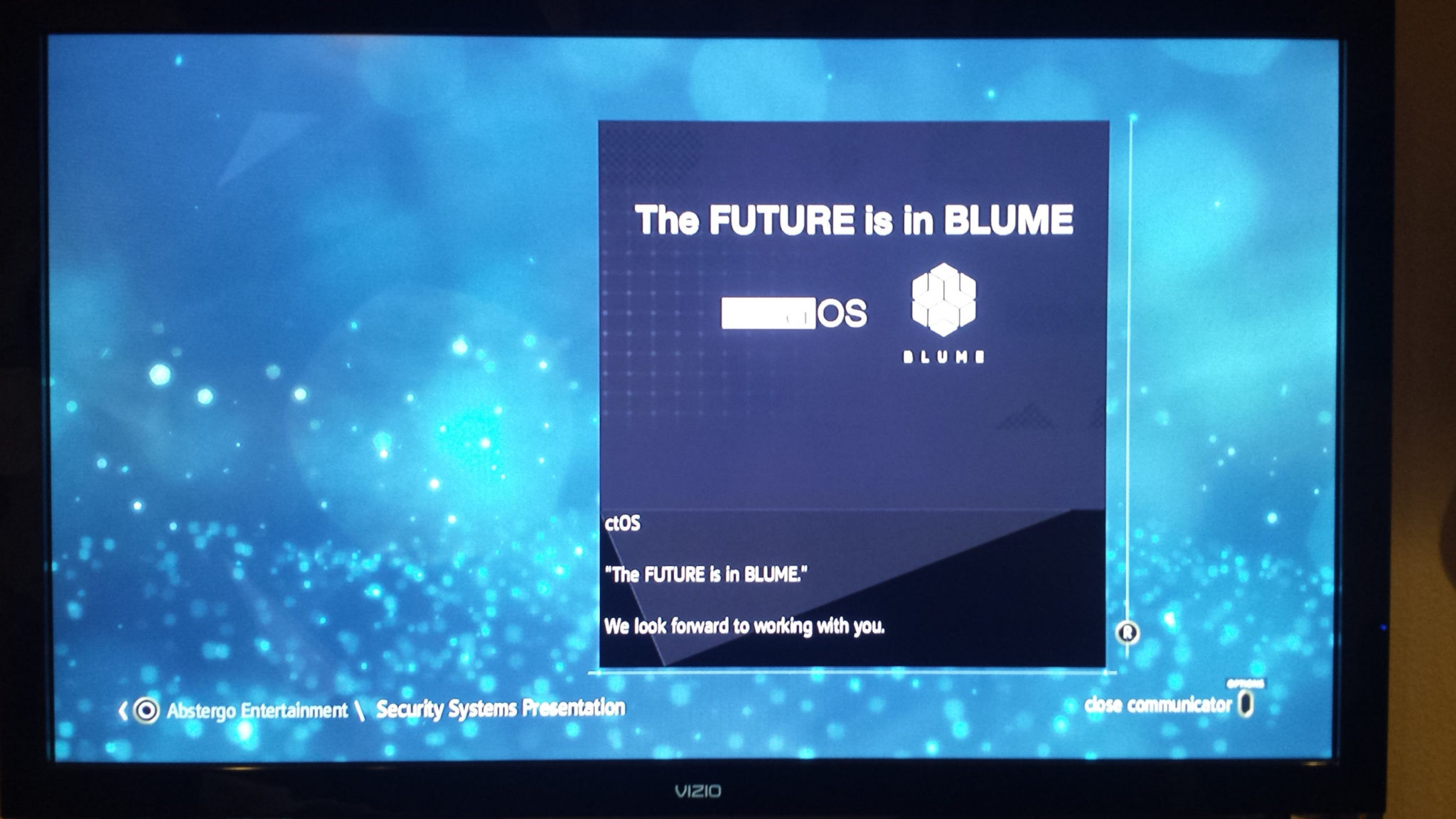 Later in the game, the CEO of Abstergo Entertainment Olivier Garneau disappears. Some hacked emails show that he has gone to Chicago for a meeting with shareholders.

Unfortunately for him and Abstergo he did not return.

Then, in 2014, Watch Dogs is released with an open-world Chicago to play in, and this Chicago is fully hooked up to the ctOS system run by Blume. During a convoy mission called ‘Requiescat In Pace’ – itself a phrase used by fan favourite Ezio Auditore – Aiden Pearce kills Olivier Garneau, the Abstergo CEO. It’s then stated that if Aiden does a facial ID on Garneau, it will show that he is wanted by the Brotherhood.

Well there’s only one Brotherhood I know of. 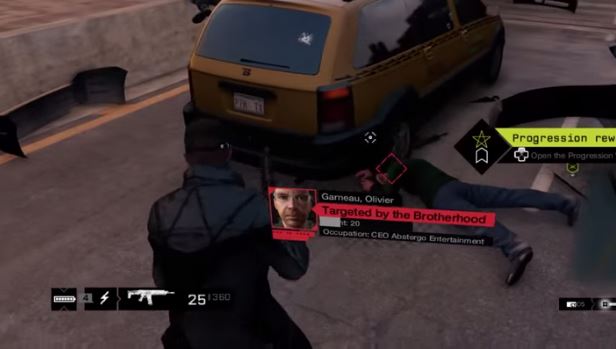 Finally, In Assassin’s Creed Origins, our modern-day protagonist Layla Hassan, an Abstergo employee, has various files on her computer referencing multiple characters in the series. One such file shows an image of Aiden Pierce killing Garneau and confirming Abstergo’s
awareness of this. 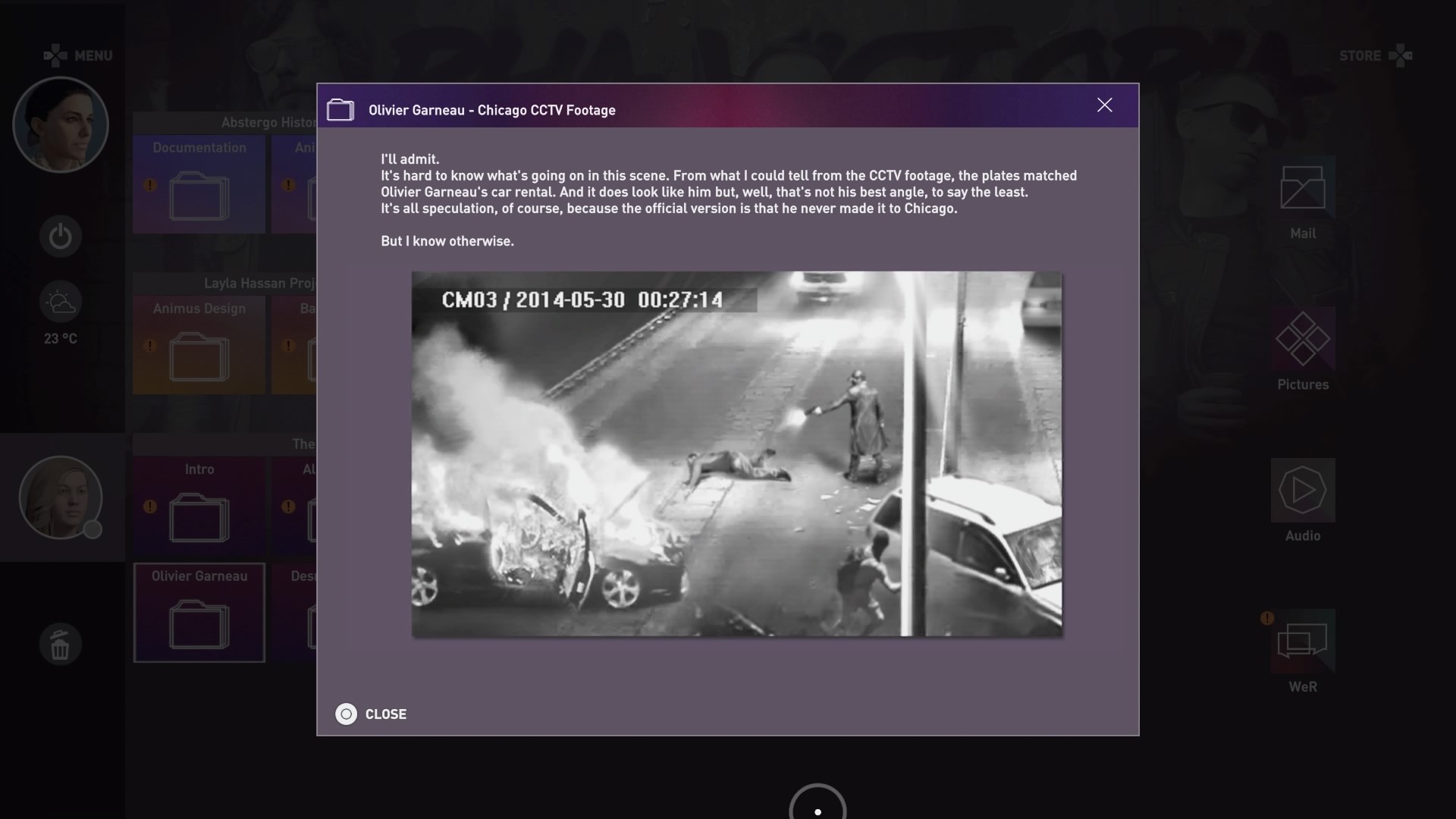 Would An Assassins Creed Watch Dogs Crossover Be Worth Doing?

When looking at potentially crossing these franchises over in a shared title, we need to look at the good and the bad. The obvious negative from Ubisofts point of view is that releasing one game instead of two means possibly less games sold, as much as we may not like to consider a company’s profit margin, they do need to make money to make more games and to employ people. However is it possible that the crossover title may rejuvenate the franchises and encourage players who may be interested in one to possibly look at the other in future. Much how the DC TV’s Arrowverse works to bring together its various characters into large crossover events that benefits those that keep up with all the shows.

It is easy to look at both Watch Dogs and Assassin’s Creed and see that they could do better. Yes Origins and Odyssey have done a successful job of improving the stale gameplay of AC’s parry, parry, stab combat; and given us large glorious open worlds to live in, too. We’ve also had excellent characters to play as in Bayek, Alexios and Kassandra, but what we have been missing since AC3 is a continuous modern-day narrative stretching over multiple games.

The first Assassin’s Creed ended with a tease of something more, the possibility that Desmond would slowly develop the skills of an assassin to take down the Abstergo. We got a tease of this finally in AC3 but the story almost got too big and Desmond had to die instead.

Unfortunately for Watch Dogs, both titles released so far have struggled to move past that initial graphical downgrade, a major misstep on Ubi’s behalf which has surely had an impact on the number of copies sold for possibly both games.

The hook of upcoming Legion, where any character in the world can be recruited and played as, is incredible and as a fan I cannot wait to get my hands on the game, but it is difficult to see how this lack of a central protagonist will allow an overall narrative to be played out. I’m really hoping that Ubi can pull it out of the bag and surprise us.

So how could these franchises co-exist in just one game?

Okay, so this is what I’ve been leading up to. Could this Assassin’s Creed Watch Dogs crossover work? I like to think so and here is how:

The main crux of this idea is that we play as a hacker possibly working with Dedsec who infiltrates Blume and manages to access ctOS. So far, so standard. Within Blume we find the links to Abstergo. Blume could be using ctOS to collect information on Animus candidates. Maybe even clues to people that have gone missing.

Next we need to work towards gaining access to Abstergo’s data, possibly trying to find a relative of the protagonist who has gone missing. Once inside these servers we discover how memories are collected for the games made and also that Abstergo are searching for artifacts of power. Within the stolen data are large memory files that need to be
decoded with the Animus along with Animus blueprints. Dedsec would be unable to decode this information themselves.

Now we can possibly reintroduce both Sean and Rebecca. 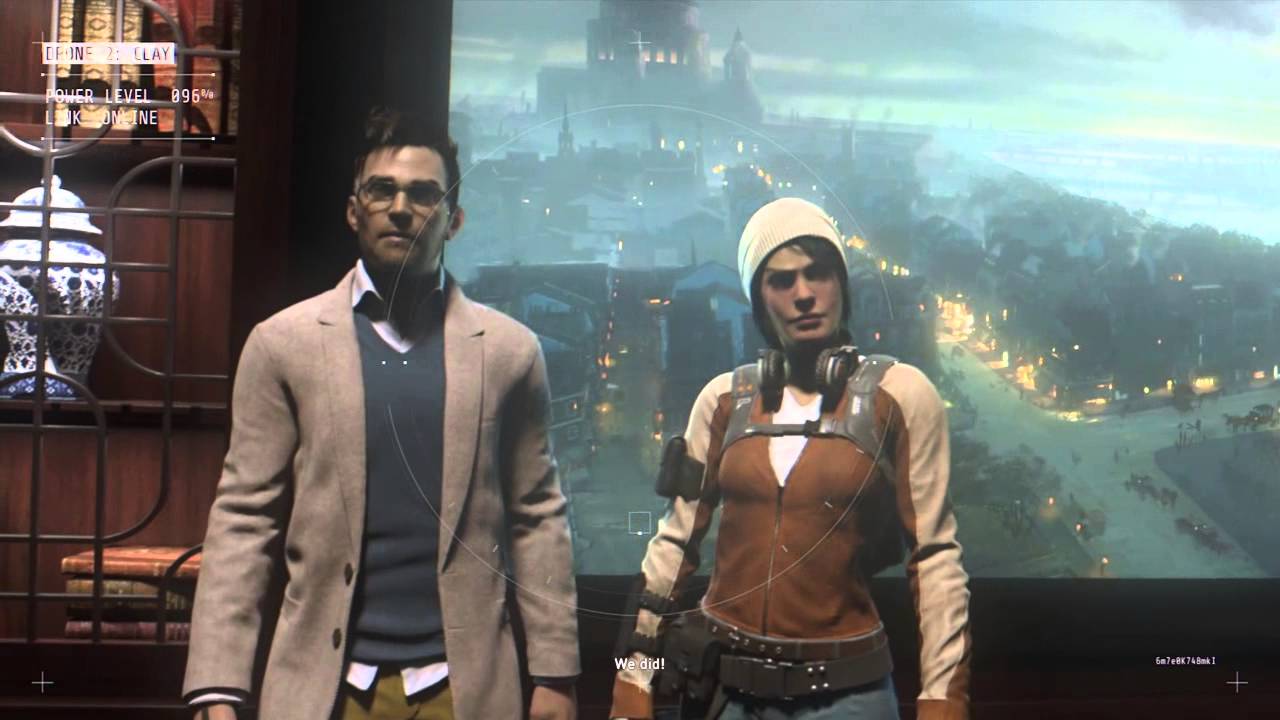 Our hacker works with these two to collect parts to build an Animus or organise a heist-like mission to steal one from under Abstergo’s nose. Then we use the Animus to find the Artifacts in the past and through the bleeding effect learn more assassin skills that can be used in the modern-day along with ctOS hacking to stay one step ahead of the Templars.

This will allow us to explore the same map over two or more timelines much like how we got to build Monteriggoni as Ezio in AC2 and later freerun around it in Brotherhood. As for the map, a setting is needed that can have a compelling assassin story in the past as well as a tech-heavy city in the present where both Blume and Abstergo can have

their offices. One obvious choice that will also help to push the sales of this game would be Japan. Not only have fans wanted a feudal Japan set AC game for many years, but a present-day Japanese city like Tokyo, Kyoto or Kukuoka could work for the Watch Dogs hacking gameplay.

So these are my random thoughts on how this could work and what I’ve been hoping for ever since that very first tease in Black flag. If you have any other ideas on how this could come about or if it may or may not even work feel free to comment below and if anyone wants to chat this over (Ubisoft?).

‘Nothing Is True, Everything Is Permitted’

This article was contributed by Roy Turner. You can find him on Twitter @motombo87 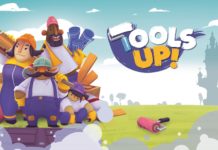 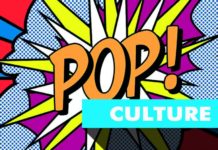 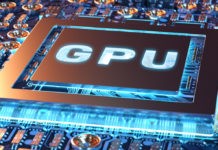 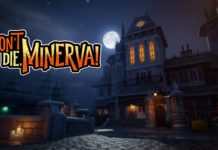 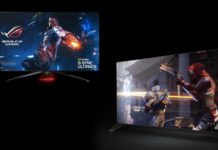 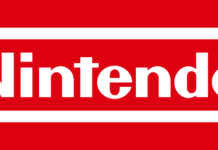 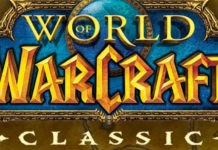 Who Doesn’t Love Decorating with Friends?   I’m always on the lookout for some couch co-op madness as these were some of my most fond gaming...

Srivats - March 26, 2020
Combating the coronavirus crisis is proving to be a huge challenge, one that no government expected or prepared for. As a result, almost every...

FinalBoss - March 23, 2020
Adjusting to a life of self-isolating, social distancing and lockdown. Plenty of time on your hands? The FinalBoss squad have assembled (don’t worry, remotely)...

Srivats - March 20, 2020
The COVID-19 pandemic has changed the way people live, work and interact. It has now also changed (thankfully this is just temporary) the way...