Since the body positivity movement started picking up momentum in 2016, Hollywood has been challenged to change the way that women’s bodies are represented in film. This has lead to actresses like Amy Schumer and Rebel Wilson championing body diversity with varying levels of success, but there’s still a long way to go before talented women like Gabourey Sidibe can attend a premier without having hateful comments thrown at them. Here’s a look at nine movies addressing body diversity and self-esteem.

We’ve rated them worst to best for body positivity.

The Worst Movies for Body Positivity

“So you get the hyena, and I have to choose between the hippo and the giraffe?”

Has any film ever managed to be quite so offensive to women as Shallow Hal? Gwyneth Paltrow in a fat suit, Jack Black seeing her as thin and falling in love with her while everyone else around her pokes fun at her for being fat.

The story is meant to provide a “positive” message – that guys should see women’s inner beauty and date them based on their personality rather than looks. Unfortunately, there’s nothing positive about the fact that Jack Black’s character ends up with the hot chick because he’s decided he’s okey with her being fat after all and she magically turns back to being skinny.

This is possibly the worst movie ever for vulnerable women with low self-esteem to watch.

Movie: The Truth About Cats and Dogs

Witty, intelligent and successful radio vet Abby has a total lack of body confidence. So much so that when she meets the man of her dreams during a radio phone-in, she coaxes her supermodel neighbour Noelle into seducing him on her behalf. Noelle is depicted as being stupid, humourless and totally out of touch with reality – probably so that Abby can appear to be more intelligent than her as compensation for not being as hot.

When Mr. Right finally figures out he’s been duped, he’s pretty mad. Luckily for Abby, he overlooks the lies and manipulation and decides to give her another chance. While that’s nice of him and all (if a little naive), it’s a bit crappy that Abby only starts to love herself after the leading man re-affirms that she’s loveable.

The Truth About Cats and Dogs encapsulates the very need for the body positivity movement. It’s a movie based on the idea that a woman needs a man’s love in order to complete her and help her feel okay in her own skin. It also tells us that women must accept that they can either be beautiful and dumb or less attractive and smart. This is by no means the fault of the actresses – Uma Thurman and Janeanne Garofalo – who play their stereotyped, unlikeable parts very well.

“What if when somebody tells us we aren’t good or thin or pretty enough, we have the strength and wisdom to say what I am is better than that, because what I am is me, and I’m proud to be me.”

That’s a snippet from the inspirational speech Amy Schumer gives during the cosmetics presentation she crashes at the end of I Feel Pretty. And it’s a good message to give, just like many of the other messages that are sadly a little man-handled during this smack-them-round-the-face movie.

I Feel Pretty is intended to be a body positive satire, but it pokes a little too much fun at its self-loathing heroine Renee. The only way Renee can overcome her crippling lack of confidence is to get hit around the head and literally see herself as someone else, thus escaping the reality of her body and features.

This is a sad message in itself, but what makes it worse is the underlying scorn that Schumer appears to have for those she feels are too pretty to get dumped, lose out on promotions or get turned away at an exclusive bar. This movie has none of Isn’t It Romantic‘s charm and doesn’t do much for women’s lib.

“I think that maybe some of them was in tunnels. And in that tunnel, the only light they had, was inside of them. And then long after they escape that tunnel, they still be shining for everybody else”

Set in Harlem in 1988, Precious is the tale of Claireece Jones, an underprivileged sixteen-year-old girl who has been the victim of repeated abuse since she was three years old. Claireece is pregnant for the second time by her father Carl, leading to her suspension from school. She escapes the reality of her abusive mother and the bullying she faces at school by entering a fantasy world in which she is popular and happy.

Precious is a story of personal growth, the importance of education and how a community of women can come together to raise one another up.

Claireece overcomes the bullying and abuse that she faces over her body image and decides not to let what other people think of her hold her back anymore. She learns to see herself as capable and be proud of her own strength, using that strength to walk away from toxic people and to help her children enjoy a better future, one with colours hung on the walls and a mother that reads to them every night.

“You can’t stop my happiness, ’cause I like the way I am”

Hairspray is a fun-filled musical that addresses diversity, racial identity and the struggle to belong in early 1960’s Baltimore. This remake follows the original 1988 version pretty faithfully, with some modern touches for extra pizzazz.

The story follows happy-go-lucky Tracey Turnblad on her quest to become Miss Teenage Hairspray. Tracey believes that being plus-size shouldn’t stop her from becoming a regular dancer on the Corny Collins show or winning the love of heartthrob Link. And, of course, she’s totally right. Tracey is a self-confident dreamer, passionate about equality and openness. “People who are different, their time is coming” she sings, overcoming every obstacle in her path and proving that self-confidence is super attractive.

While this is a movie that celebrates difference and diversity, and there is much to be said for the way that Hairspray champions equality, there are just too many fat jokes for us to award this movie a full 5/5 for body positivity.

The Best Movies For Body Positivity

Touted as a “body confidence game changer”, Isn’t it Romantic debuted on Valentines Day 2019, and has been talked about pretty much non-stop since its release.

“They’ll never make a movie about girls like us because it would be so sad people would have to sprinkle Prozac on the popcorn” is what Natalie’s mother tells her when she’s little. That’s probably why she grows up feeling “extra invisible” and is oblivious to her best friend Josh being totally head-over-heels in love with her.

Following an unpleasant mugging incident, Natalie falls into an 18-hour coma and enters Rom-Com land, where women wake up in full hair and makeup, think out loud in full voice-over mode and undergo makeover montages when picking out their morning outfit. In the end, the way out of Rom Com land for Natalie isn’t getting Josh to love her, it’s learning to love herself. Rebel makes a beautiful leading lady and her confidence, energy, and styling is spot on. Everything that I Feel Pretty isn’t, Isn’t It Romantic is.

“How Dare Anybody Tell Me What I Should Look Like” 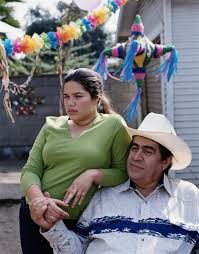 America Ferrera is an incredible actress and activist, something that’s evident in 2002’s coming-of-age story Real Women Have Curves.

This empowering and thought-provoking tale follows Ana García and her family as they struggle to make ends meet in underprivileged East LA.

Ana is desperate to go to college, but her mother Carmen and sister Estela believe in hard work over education and find her attitude alienating.

This is a story of women who nurture, empower and work hard to understand one another, coming to find pride in their own identities and in each other.

“I’ve Spent My Whole Life in a Box. I Don’t Want to be Buried in One.”

In this touching movie about seizing the moment while you still can, Queen Latifah plays Georgia Byrd, a warm-hearted and generous woman who dreams of what she’d do if only she had more self-confidence.

After she hits her head at work, Georgia has a CAT scan and discovers that she’s got a terminal disease and has 3 weeks to live. Deciding to live in the moment, she tells her boss that “enough is enough” and quits her job, sings loud and proud at church, liquidates her savings and flies first class to the hotel where her idol Chef Didier works.

What makes Last Holiday such a triumph for body positivity, is that Georgia loves herself and thinks she’s beautiful for who she is. Her goal isn’t to win a man, it’s to embrace the time she has left and to finally be authentically herself. The fact that her self-confidence attracts those around her and leads to the development of her relationships, is a nice side effect of her personal growth.

Willowdean (Will) Dickson grows up in small-town America with her plus-size aunt Lucy and beauty queen mother Rosie. Bullied for being plus-size, Will struggles with a lack of self-confidence and feels unattractive. She’s embarrassed by Rosie’s nickname for her, Dumplin’.

When Will discovers that her aunt Lucy considered competing in the Miss Teen Bluebonnet pageant as a teenager but didn’t feel able to, she becomes determined to enter in her memory. This doesn’t go down well with Rosie, who threatens not to sign the permission papers.

Throughout the course of the pageant preparation, Rosie and Will learn to understand and support one another better, and Will makes an important stand for body positivity that changes the pageant, and her own life, forever. There’s a nice love story too, but it really isn’t what defines Will, or the movie.

The idea that actresses can be chosen for movies based on their skill set rather than their size, and that movies can star plus-size actresses without being about being plus-size, is something that the body positivity movement is pushing for in a very real and uplifting way.

“The longest journey begins with a single step”, as Claireece tells us in Precious, and it is encouraging to see the strides that Hollywood has taken towards true body diversity since the days of Shallow Hal. There is a future Hollywood where everybody is a swimsuit body, thanks to the brave, beautiful women who are getting us there.

If you enjoyed this article, please consider checking out more of our movie coverage. 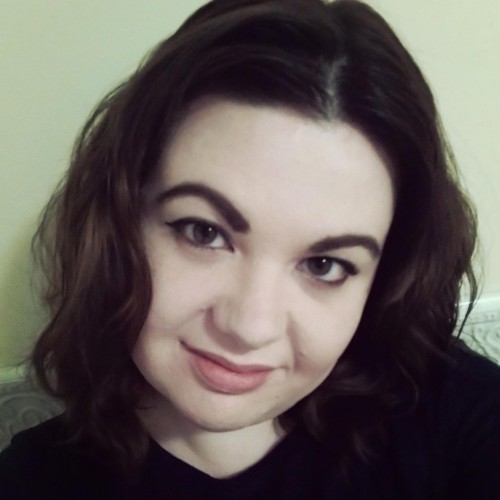 Most Awaited Open-World for 2023