Even the title in this latest instalment of Harley Quinn is action-packed! Birds of Prey and the Fantabulous Emancipation of One Harley Quinn is the latest chapter from the DC Extended Universe. It follows the much-loved character Harley Quinn (played by Margot Robbie) as she recovers from a break-up with the infamous Joker (Jared Leto).

On her own, with no one to cuddle but her pet hyena Bruce, Harley drowns her sorrows in drink and ice cream. Without the Joker she is left unprotected, and it doesn’t take long until she finds herself in the hands of Black Mask, a ruthless crime lord (played by Ewan McGregor). But Harley manages to escape a brutal death by offering to retrieve Black Mask’s diamond, stolen by young pickpocket Cassandra Cain. 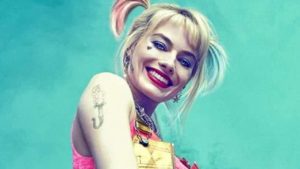 Upon retrieving the diamond from Cass, an unusual friendship forms between the two outcasts. But it doesn’t take long before they find themselves in the centre of the hunting ground, being chased from all angles. To protect herself and Cassandra, Harley must form some unexpected allies with the dangerous women that roam Gotham City.

Birds Of Prey, pitched as a ‘passion project’ by Robbie, takes a new and colourful twist on the traditional superhero film. It strays away from the usual serious themes and opts for a more comedic and fun approach to the traditional action movie. As usual, Robbie brings Harley Quinn to life with her quick wit and loveable flaws. The performances of Ewan McGregor (Black Mask) and Ella Jay Basco (Cassandra Cain) are also stand out, and a nod to director Cathy Yan who was selected to direct the film following her award-winning feature Dead Pigs (2018).  Laced with bright colours and extravagant costumes throughout you simply can’t take your eyes off of the screen. 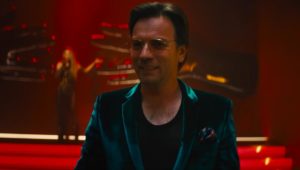 Although it’s not lacking in colours, style and action, the narrative does get a bit chaotic and lost during the second act. However, this is quickly picked back up with a fantastic action-packed sequence in an abandoned amusement park- in which Harley is seen fighting on rollerblades!

Unlike its predecessor Suicide Squad, Robbie insisted that the film be R-rated. This allows the potty-mouthed Harley to create some great comedic moments alongside the violent, kick-ass action sequences. However, it does block out a large percentage of younger fans and audience members, perhaps accounting for its opening weekend being well-below the box office expectations.

Overall, Birds Of Prey is a blast of humour, action, bright colours and female empowerment. The performances shine through, despite a lull in the narrative arc, and it is sure to give you a fix of the madness and mischief centred around one Harley Quinn.

The Rise of The Geeks! – An Interview With Last Exit...

4 May 2020
We use cookies to ensure that we give you the best experience on our website. If you continue to use this site we will assume that you are happy with it.Ok