This article was written by Jerry Short. Find more from Jerry at www.jerryshort.co.uk.

Spoiler warning: The review section of this article contains minor spoilers for the show. The conclusion is spoiler heavy.

Carnival Row: Season 1 – What’s It About?

Carnival Row is a new fantasy series on Amazon Prime that is set in the fictional Republic of the Burgue, a city that is part Victorian London and part steampunk Mordor. It was actually filmed in the Czech Republic and is Amazon’s answer to HBO’s Game of Thrones, but unlike that series’ colour-saturated hues, Carnival Row is a darker affair, with the grader favouring browns and blues.

The storyline is an adventure, a refugee story and a political struggle, all set in a weird world of humans, the occasional werewolf, satyrs and other mythological types. If you ignore these, and the human-sized faeries and the seemingly unstoppable creature that is gradually slaughtering its way through the Burgue’s inhabitants, the storyline has startling similarities with things happening in the real world. Overall, it’s a beautifully shot, eight-part series which must have had an eye-watering budget, and it doesn’t pull its punches.

It’s gory, violent and has great sex scenes. What’s not to like?

Carnival Row: Season 1 stars Orlando Bloom, from Lord of the Rings and Pirates of the Caribbean, as police detective Rycroft Philostrate, known as Philo, and former model-of-the-year, Cara Delevigne, from Suicide Squad, as Vignette Stonemoss, who is both a war refugee and a faerie. It also co-stars:

What About The Weird Creatures?

Philo and Vignette, the two main protagonists, are convincingly played by Bloom and Delevigne, but to get your head around the bigger picture and how the others fit in, you have to understand that the series hinges on the prejudices that exist between the Burgue’s different species. Here is a breakdown: 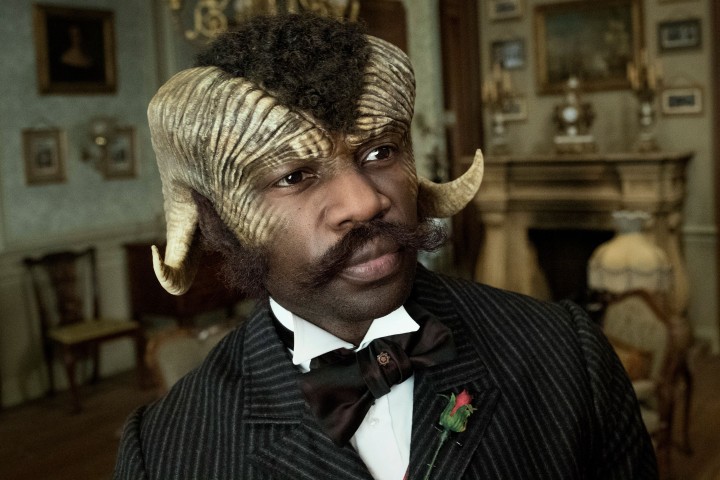 Anything Else We Should Know?

Orlando Bloom’s character, Philo, is hunting for a predator that makes Jack-the-Ripper seem like a Sunday school teacher. Something or someone has been slaughtering folk in the Burgue’s red-light district of Carnival Row. This is in a mysterious world where people coexist with faeries and mythological hybrid creatures. We learn that Bloom had a previous relationship with Delevigne which ended sourly, and her thinking he was dead. So, when she turns up as a refugee and realises that he had duped her, she is determined to kill him. I wanted to know more, and answers came in episode three where their meeting was revealed as a flashback. It also cemented in my memory the wonderful fact that when faeries climax, their wings glow brightly with an iridescent blue light that pulses in time with their humping; a scene that will now stay with me.

One of the most interesting parts of this series are the parallels that can be drawn with migration issues in Europe and the US today. The pilot script was written almost fifteen years ago by Travis Beacham, who also helped write Pacific Rim. The story starts with refugees fleeing the countries of their birth on board a leaking boat before being turned away by unsympathetic harbour masters. Ring any bells?

Pleasure for hire on Carnival Row

In the Burgue, the faeries are now strictly controlled by the humans and are not allowed to fly, leaving them with just the oldest way to make money: Prostitution. This they practice in a down-at-heel area known as Carnival Row.

I have to say a word or two about the incredible sets. Filmed in Branndov Studios on the outskirts on Prague, the producers actually built Carnival Row as a huge construction project on the backlot, taking the space of more than two sound stages, complete with a raised railway.

Towards the end of the series, there are rebellions in the making, one between slaves and masters and the other between the Pact and the other humans in the Burgue. As the first season drew to a close, and the inevitable battle between Philo and the Darkasher (the murderous monster that he has been searching for) finally played out, he found that the creature seemed to be indestructible which must have been bloody annoying for him. The day was saved by Vignette Stonemoss, who stabbed Piety, the creature’s human controller, through the back of her head with a pair of shears, so that the blades emerged from her mouth, thus, saving Philo. I think lady luck and Vignette have a bit of a hard on for him.

Jonah formed an alliance with his newly discovered half-sister, Sophie, and together they set up a ghetto for the Fae folk, imprisoning them in the Burgue and banning any interaction with humans. Philo learnt that he is the love child of a Fae and his recently deceased Governor father, so being a half-breed, he joined Vignette in the ghetto, as the credits began to roll.

What to Expect From Carnival Row: Season Two

So, what do we want from Season Two? (which Amazon have already commissioned).

To quote Jonah Breakspear, the new Chancellor of the Burgue, things are going to get worse before they get better. In the last episode of Season One, danger lurked from Pact assassins, so we want to find out more about them and their nefarious plans, and with Vignette and Philo confined to the new ghetto, and banned from talking with humans, we need to find out what happens to them and if their former romance rekindles. Imogen Spurnrose, the society girl who left her human husband and set sail with her new Puck lover, Agreus Astrayon (another example of cross-species sex) and was last seen telling the Captain of their schooner to set sail to somewhere new, somewhere far away. “Surprise us” she tells him.

And surprise is what this series is all about. I was surprised by how quickly I became a fan. Filming for the second season is currently underway but no official release date has yet been offered but is expected to be available in the summer of 2020. And if anyone happens to know where you can buy strap-on faerie wings that light up at the touch of a button, please let me know. Just asking for a friend. 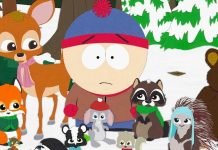 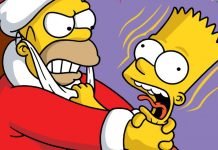 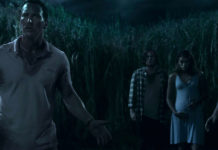 In The Tall Grass: Review