Brought to you by independent developers Holospark, Earthfall is a game that can’t seem to quite escape the Left 4 Dead the references and comparisons. Having not played much Left 4 Dead though, I can safely say you won’t be hearing them from me.

For those that aren’t really aware of what Earthfall is, this is a first-person shooter that pits a team of four players (AI or Player) against near-endless hordes of aliens as you fight your way through objective-based linear missions in order to secure yourself with the safe zone. In order to survive, you’ll need to find weapons, scavenge med-packs and build up defences to fend off swarms of enemies.

That’s about the gist of it. This is not a complex game, but then we don’t always need to be captured by a dense story or complicated multiplayer dynamics. Sometimes it’s nice to just have a simple task, a bunch of bad guys, a weapon in your hand and some buddies at your back to slay them with.

But is it nice? Is Earthfall worth getting?

I can’t deny there is glory in this game’s simplicity.

You don’t really have to think about what you are doing, unless you crank up the difficulty — in which case, good bloody luck to ya. The whole title revolves around objective-based levels where you traverse different landscapes, be they villages, industrial complexes, etc, following instructions that eventually lead to your escape from the hordes.

I did enjoy that. A clearly marked task of point A to point B. No faffing in the middle. Get the job done.

The gameplay itself is fairly standard. You’ve got your guns, your medpacks and your defences to keep the aliens at back if you can find a good location to squat down in. There isn’t anything particularly innovative about the play dynamic but again, we don’t always need some in-your-face gameplay draw that is totally different to anything else you’ve known.

The biggest boosts to what you might call different styles of play are the stim-packs, which basically supercharge your character for a bit allowing for quick movement and faster revive times, and the 3D printer, which lets you manufacture an array of guns to suit your play-style. We liked these additions for sure. Again you’ve probably seen something similar in other titles, but they nevertheless add something to the carnage and allow for welcome change-ups to the way the game is moving.

It might sound like we’re bashing Earthfall for a lack of innovation, but we really aren’t. This is a pick-up-and-play title, and we love it for that. Anyone can jump on and be in the action without having to grapple with the basics. You don’t need a tutorial even if, like me, you are as casual as they come.

What this does mean though, is the grab factor of this game is the missions. Since the gameplay is your typical style of shoot, it’s the objectives that pull you back in and keep you playing. Some are pretty basic and don’t have a lot to add, but most are really hectic and a lot of fun.

Pick the right ones and you’ll have a great time.

We’ve also got to mention that it is so damn refreshing to have competent AI running around next to you. Your computer team-mates actually serve as valuable assets to the group. They’ll do well in combat, they’ll help make your priority if you need reviving and they’ll always keep pace. This was particularly useful for us because it basically meant we could get them to do the dirty work, and pick up teammates we couldn’t be bothered to go and get.

Final mention here has to be to something I touched on briefly up above. This game is really, really challenging. There isn’t a huge amount of variation in enemies but there is enough to bring different dynamics to play-style and fights, and when bigger boss-style aliens arrive, things on difficulties anything above easy gets crazy real fast.

Earthfall on the higher difficulties is simply a hard game. And that’s a great thing. If you are an avid gamer and want to really test yourself, it adds a lot of replay value to the missions on offer. Because of this difficulty factor, despite the low-barrier of entry, there is definitely something here for more experienced gamers as well. Casuals can have a great time on easier modes, and hardcore gamers can test their mettle on tougher difficulties.

You Know What Really Grinds My Gears? What’s Wrong with Earthfall

Okay, so I’m going to start with a gripe that may not be for everyone, but was so irksome for me that I have to mention it.

The game features a handful of special enemies designed to increase the challenge of fighting the hordes. It’s not a new idea, and it’s not one I have a problem with. Variation is never a bad thing.

As this game is designed around the co-op experience, there is a particular focus on staying together and working as a team. Nowhere is this more apparent than with two of the special aliens. One gobbles you up and slowly runs away with you, draining your health, while the other pounces on you and attempts to chew off your face.

In order to beat both of these enemies, your teammates must come to your rescue. There currently exists no way for you to remove yourself from this threatening environment. You are at the mercy of those around you.

Sometimes your team are far away. Sometimes they are down and can’t help you. I understand it is a co-op title and you need to work together, but to give you absolutely no way out of these situations other than to either wait and die or have somebody save you is frustrating.

Okay. So, other problems with the game.

There are limitations to both weapon options and alien variations, but we’ll forgive Holospark, this is an independent developer after all. There might not be loads of options, but there are enough to mix things up a bit. It would be nice to see more customisation options, perhaps load-outs that could be pre-made before games and found within printers, but this is a potential for updates and DLC, as are more alien variations.

As mentioned earlier, enjoyment really depends on the mission you play. Some are quite repetitive and just not as engaging as the others, taking a while to get into it at all. The first mission we played had me questioning whether I had the interest to carry on. What we did find were those maps and missions where you had to hunker down or move quickly through tight spaces were far more exciting than the gentler meanders through rural settings and the like.

Okay, so these last two bits aren’t really problems, but they are things we felt the game lacked:

If I’m honest, I couldn’t really tell you.

The plot centres around a cataclysmic meteor strikes that brings some angry-ass aliens to Earth. Taking on the role of one of four heroes, you traverse the newly-infected world on a mission to survive the onslaught.

As you might expect from an objective-based shooter that has you spinning through levels more akin to Call of Duty Zombies than The Last of Us, the story here is a bit bare-bones. As we played through the levels, we found ourselves paying little attention to the characters (whose dialogue is quite janky and robotic) the story, or any of the extra bits of lore-inscribed items scattered around the place.

It really should be noted that this isn’t a bad thing. Just because we didn’t care about the character’s or story, it didn’t mean we missed their absence. Earthfall is not about the plot, it just serves as a background explanation for what you are doing.

In short, we cannot recommend this game if you’re looking to explore some dark and detailed post-apocalyptic world and wrap yourself up in a diverse strand of epic narrative. But, if you just want a bit of a thrill ride with some alien-based gore and some challenging scenarios to conquer, you’re in luck with this title.

The FinalBoss Opinion: Our Final Thoughts

Overall, we had fun with this game. Of course there are weaknesses, and when you start comparing it to major titles with huge budgets behind them you might start to see cracks, but take a step back and consider this:

Earthfall is an independent product from a small group of developers priced at only £25. If you went out and spent a full £50 on a brand new title, you might find yourself disappointed by the depth of content you get. But you aren’t doing that.

It’s fun, it’s got something for all the gaming community, it’s easy to jump into and just play, and it’s the perfect break from either intense narrative-based titles or full-blown multiplayer showdowns. 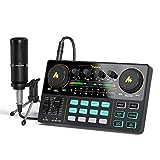 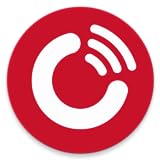