We all love superhero team-ups, cross overs and coming together to save the planet, right? And we all love Game of Thrones and the total badasses that litter George R.R. Martin’s world…

Well, this got me thinking. If the closed council had knowledge of an incoming invasion that could only be stopped by a crack team of prized fighters, who would they pick?

To start with, we need to come up with some stipulations that we can help structure our team around.

The first of these is that I am going to include no more than 6 characters so as to mirror the original Avengers (Captain America, Thor, Iron Man, Hulk, Black Widow and Hawkeye). The second is that I will be choosing from characters present at the very beginning of Game of Thrones. Some key fighters would be maimed or killed if we were to start at any other point in the narrative, so I’ve picked this time to have a greater selection of fighters to choose from. Lastly, some of the characters in Game of Thrones are better or worse in the TV show compared to how they are portrayed in the book.

To make things easier, I am going to use the most powerful rendition of the character portrayed. For example, Jorah Mormont is portrayed as being an utter monster of a fighter in the show, whereas he is only really shown as being a “good fighter” in the books. In this case, the more powerful version would be selected (he’s not going to be though #spoilers).

Likewise, there are some characters who are not even in the show that I feel it would be a crying shame to not include (I’m thinking of one in particular). With the rules set, it’s about time that Nick Fury (or Varys, in this case, I would imagine) started putting together his team.

Warning, SPOILERS are contained in this article.

This guy is a total must to include in the team. In the TV show you don’t necessarily see him properly fight or at his best but in the books, he is widely renowned as the best swordsman in Westeros. He won his first tourney at 13 fighting against fully grown adults, he was knighted at 15 by Ser Arthur Dayne, possibly one of the greatest swordsmen Westeros had ever seen, after holding off the smiling knight. He was also the youngest person to ever be made a Kingsguard. When Jaime gets hold of a sword and fights Brienne of Tarth as she is returning him to King’s Landing, we are told “It had been all that she could do to keep his blade at bay. He was weak from his imprisonment and chained at the wrists. No knight in the Seven Kingdoms could have stood against him at his full strength, with no chains to hamper him.”

How could this guy not make the team?

For me, this fella is another obvious pick but not necessarily all for his fighting prowess (which is mighty indeed) but also for the fact that as an experienced fighter and leader of the Kingsguard, he would very much fulfil the role of “Captain America” for our little team. Tyrion acknowledges Ser Barristan’s prestige when he says, “The smallfolk talk of him the same way they talk of Serwyn of the Mirror Shield and Prince Aemon the Dragonknight”, both lofty names in the history of Westeros. When it comes to actual fighting prowess, the show offers little, but the books give us more. In the tournament in A Game of Thrones, he loses to Jaime Lannister in 3 tilts but only after defeating opponents in excess of 30 years his junior. He later kills a former commander of a mercenary company trying to kill Daenerys, helps infiltrate and capture Meereen through the sewers, as well as fighting and killing a very tough pit fighter in his prime called Khrazz. This old dog still has some skills for sure.

Neither the books nor the TV series gives us much in the way of physical action from Oberyn apart from one, glorious moment when he fights in a trial by combat against The Mountain. This fight is all I need to include the Red Viper in the team. The Mountain is a top tier fighter, one of the best in all of Westeros and Oberyn essentially “owns” him in this fight. There are only 2 or 3 other fighters that could have conceivably do a better job in that arena. If it were not for the fact that he wanted to prolong Ser Gregor’s suffering and force a confession from him, he would still be alive.

“The wench is as strong as Gregor Clegane, though not so pretty” – Jaime Lannister. Brienne of Tarth is an example, for me, of a character that is better in the TV show than the books. Although she predominantly does the same things in both (namely beating Ser Loras in the melee at Renly Baratheon’s tourney, defeating Jaime Lannister, although he was not in top condition, and being trusted by Jaime Lannister with the Valyrian steel sword, Oathkeeper), the icing on the cake for me is defeating The Hound in season 4. We know from the books and the show that The Hound is a match for The Mountain, so Sandor could easily be considered one of the toughest men in Westeros. Defeating him is like taking his heavyweight belt in a title fight. She is also a stout heart, brave to a fault and would not stop fighting until she has kept her promise to the Westeros Protection Initiative. 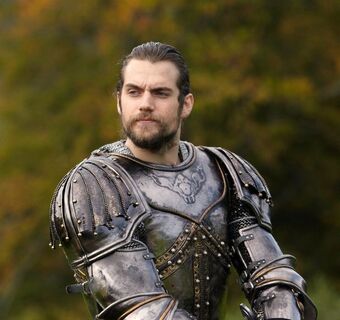 If you thought Loras Tyrell was a good swordsman, you should get a load of his brother. I don’t believe that Garlan is mentioned in the series but there is no doubt in my mind that he is one of the best swordsmen in all of Westeros. Loras himself says “Garlan often trains against three men, or even four” and “He is a great knight. A better sword than me, in truth, though I’m the better lance”. Now the lance is all well and good for a jousting tournament or an initial charge in battle, but we all know that most of a fight is going to be fought with the gory end of a sharp sword. So, for a crack squad of fighters, Garlan is my pick. He is also entrusted with wearing Renly Baratheon’s green armour in the battle of the Blackwater, appearing as if Renly’s ghost had come down for vengeance. In this fight, he defeats Ser Guyard Morrigen (formerly one of Renly’s Rainbow Guard and leader of the vanguard in the battle of the Blackwater for Stannis Baratheon) who is a great fighter himself.

My final pick was a very hard choice. It ultimately boiled down to the 2 Clegane brothers. We know they are evenly matched, having seen them go toe to toe when they clashed swords in the Hands tourney “The Mountain pivoted in wordless fury, swinging his longsword in a killing arc with all his massive strength behind it, but The Hound caught the blow and turned it, and for what seemed an eternity the two brothers stood hammering at each other”. For me though, he is much more likely to get shit done. Although not a good man by any accounts, I think he can be trusted to do the right thing at the right time for the right reasons.

This team I found difficult to choose. There are many great options that have had to be put on the substitute bench, such as The Mountain, Qhorin Halfhand, Syrio Forel and Loras Tyrell, but I believe this to be the best team available. So, there we have it, our team is assembled and ready to defend Westeros against Dothraki, the free folk, the white walkers and even the odd alien invasion.

This article is a guest contribution by Callum of House Royal

If you liked this article, please consider checking out more of our movie and TV content!

Share
Facebook
Twitter
Pinterest
Linkedin
ReddIt
Email
Previous articleMicroLED vs OLED: The Future Of LED Displays
Next articleBFGD Monitors 2021 Buyers Guide: What Are Big Format Gaming Displays?
Callum Royal
Avid fan of many geeky exploits, Callum likes to delve deep into the lore of fantasy and sci-fi, including The Lord of the Rings, Harry Potter, Game of Thrones, The Hunger Games and many more.

Game of Thrones Fantasy Fights: Who Would win?