Lord Bung is the Aussie creator of Youtube series “Confinement”. Confinement follows the life of prisoner/guinea pig, Connor; an orange jump suit clad guy who simply cannot be killed – as such, Connor is always the first one sent in to deal with horrible situations, including killer robots, ice castles and a bizarre take on a near-future dystopia inside an Ikea. FinalBoss are so happy to have Lord Bung on here as we’re huge fans of the show. Enjoy!

FinalBoss: Where are you based? How old are you?

Lord Bung: I live in the stupidly humid country of Australia and I am 24 years young.

FB: What made you originally start this show?

LB: I was working on another show until I burnt myself out and got bored so I decided to focus on a one-off horror/comedy short with a beginner’s attempt at animation. I fell in love with it, and other people thought it was pretty neat too. FB: Confinement has this very Netflix feel about it. Is that something you intentionally did? It feels very much like a serial, and unlike a lot of what you get on Youtube. Youtube itself is this weird older, uglier brother in comparison… do you like that as a creator?

LB: I’m not entirely sure what a ‘Netflix feel’ is like. I watch a lot of cartoons on Netflix and I enjoy a good amount of them, so I’ll take it as a compliment. YouTube has more variety so it can get ugly a lot of the time but it has so many hidden treasures and amazing people.

FB: Connor has a perfect every-man sense about him. In reality, is he you?

LB: Connor is partly me, he is partly other people I’ve met in life, and he is partly a symbol for the story I’m telling. It’s a bit messy and sounds pretentious but he’s way more interesting than just me. 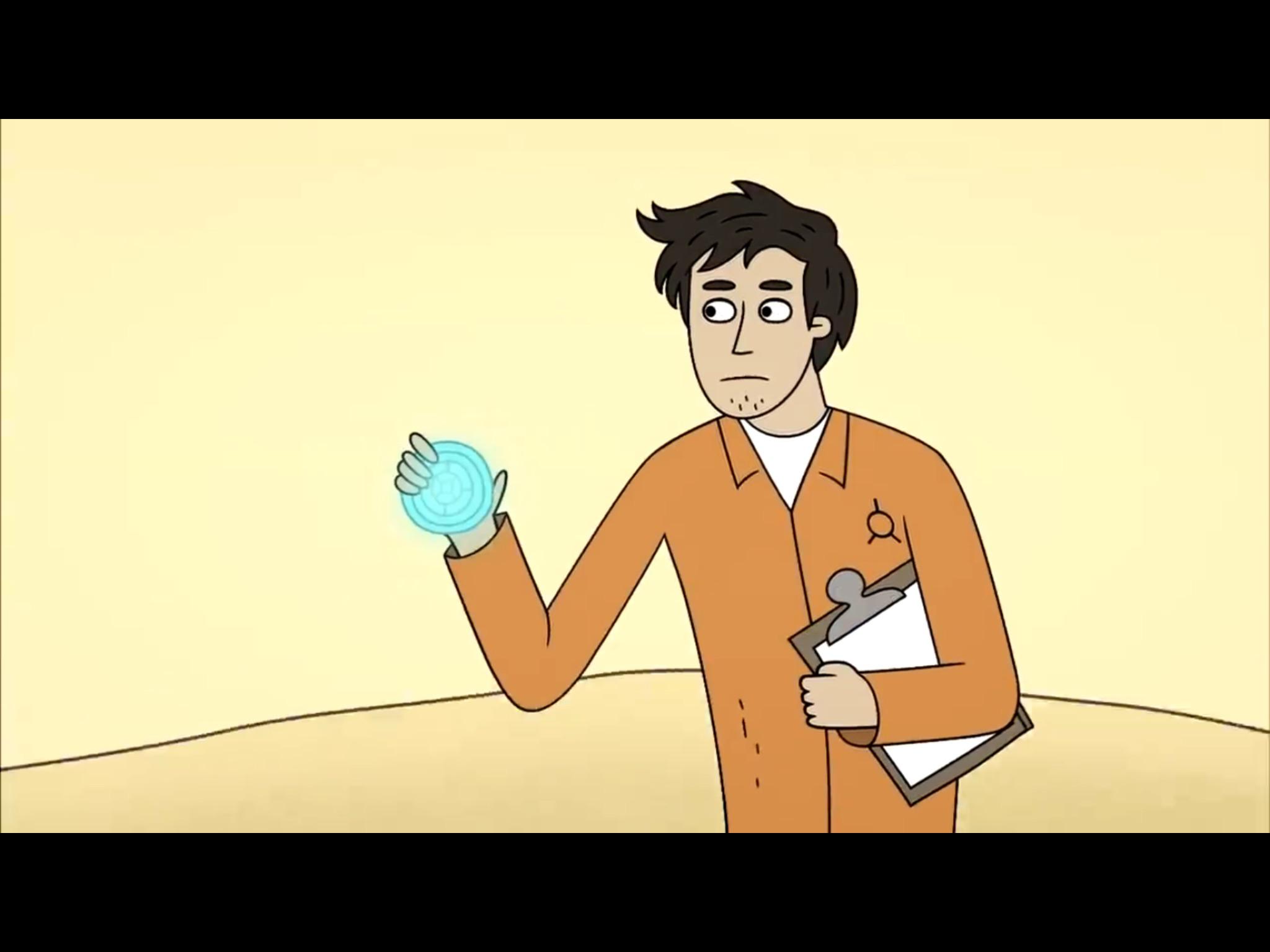 FB: I always felt like the show and its characters have a very original line up X-Men feel, in their powers and even sense of humours. Are you a comic fan?

FB: They all have a deeper, detailed look and backstory. Is that based off anything in particular – by this I mean, a particular set of Gods for example?

LB: I can’t really get into this without potentially spoiling it but Connor’s affliction has roots in some pagan history.

FB: Do you choose the songs that play in Confinement? What makes the cut?

LB: I choose all the songs and as I become more financially fortunate I started commissioning original songs. I have a preference for 70’s-80’s rock or pop but I’m a huge fan of the way musical theatre uses songs to capture certain feelings and reprise them again with different meaning, so I’m quite picky about what goes into my series. FB: Following that, do you ever fear the long arm of Youtube law, and its copyright strikes?

LB: I’ve already won most of my confrontations with Mr YouTube, but I’m able to afford more musical artists nowadays so it shouldn’t be a problem from here on out.

FB: You have a Patreon that helps fund you/the show. Would you recommend that as a business model for creating independent shows like Confinement? I know lots of people have said how GoFundMe’s were the worst decision they could have made in hindsight.

LB: I would definitely recommend it for independent creators with a passion project, people can chip in and check out any time they want and it helps me communicate with my supporters which is important. FB: Your episodes have gotten longer with each new addition, is that a level of confidence growing each time?

LB: I’d be lying if I said it wasn’t just bad planning but it’s also because the story is picking up, so just you wait!

It’s symbolic for Connor never emotionally escaping the facility even though he technically is out of it.

FB: Do you have a trajectory for where the story is heading and an overall arc and ending – or as a single creator working on your own, is it simply a case of “OK this is what we’re going to do this month”? Why Ikea?

LB: I absolutely have a trajectory but I still make small changes to the script while I’m working on it and I’m always excited to see how it turns out. The Infinite IKEA was supposed to mirror the foundation in its bleakness, strangeness, and loneliness (even the tribe’s aisle number is the same as Connor’s cell number in the facility). It’s symbolic for Connor never emotionally escaping the facility even though he technically is out of it.

FB: How much of your home would you say is Ikea product?

LB: Ideally all of it, but we never got around to making that trip unfortunately.

LordBung can be followed on Twitter, and you can watch all of Confinement on Youtube right here.

If you are looking for more insights on how to get into the film industry – or the media industry in general – be sure to check out our other success story interviews!