Game of Thrones Season Finale: Why The Ending Wasn’t the Surprise We All Thought

SPOILERS FOR GAME OF THRONES SEASON 8 AHEAD

Like many Game of Thrones fans, I viewed the final episodes of Season 8 with a growing sense of dread. As a diehard Dany fan, I watched in horror as she burned King’s Landing and its citizens to the ground, shocking her closest advisors and ultimately prompting Jon Snow to kill her.

At first, I was disappointed: why would the show’s creators spend years making us cheer on a character only to make her behave so cruelly at the last minute? I couldn’t understand why Dany got such a crappy ending, while Jon (arguably a much less interesting character) got something relatively close to what he desired all along.

It wasn’t until I started to rewatch from season 1, when Thrones was (in my opinion) at its best, that I realised the ending wasn’t such a surprise after all. In each season, there was foreshadowing that Dany was not going to be the heroine we hoped for. In case you’re feeling as shocked and disillusioned as I was, I’ll highlight a few key moments that showed her true character all along.

He Was No Dragon

Season One Dany was relatively detached and emotionless at first, but quickly developed the strength and resilience we came to associate with her. Nowhere was this more apparent than in the episode A Golden Crown, where we see Dany chowing down on a raw stallion’s heart during a Dothraki ritual. But, it’s later in the episode when she really shows her darker side. As Khal Drogo executes her brother Viserys by pouring melted gold onto his head, she watches on coolly, simply commenting:

“He was no dragon. Fire cannot kill a dragon.”

The final episode of Game of Thrones Season One is pivotal for Dany because her dragons hatch in Khal Drogo’s funeral pyre, but an earlier scene reveals more of her propensity for violence. The mage Mirri Maz Duur, having wronged Dany by taking away her husband and child, is bound and placed into the pyre on Dany’s orders. Again, Dany watches calmly as the woman burns, before walking into the fire herself.

Once Dany has her dragons, burning becomes her favourite punishment. She burns Pyat Pree in the House of the Undying in Season Two after he takes her dragons, the slave master who ‘sells’ her the Unsullied in Season Three, and Randyll and Dickon Tarly when they refuse to bend the knee in Season Six. 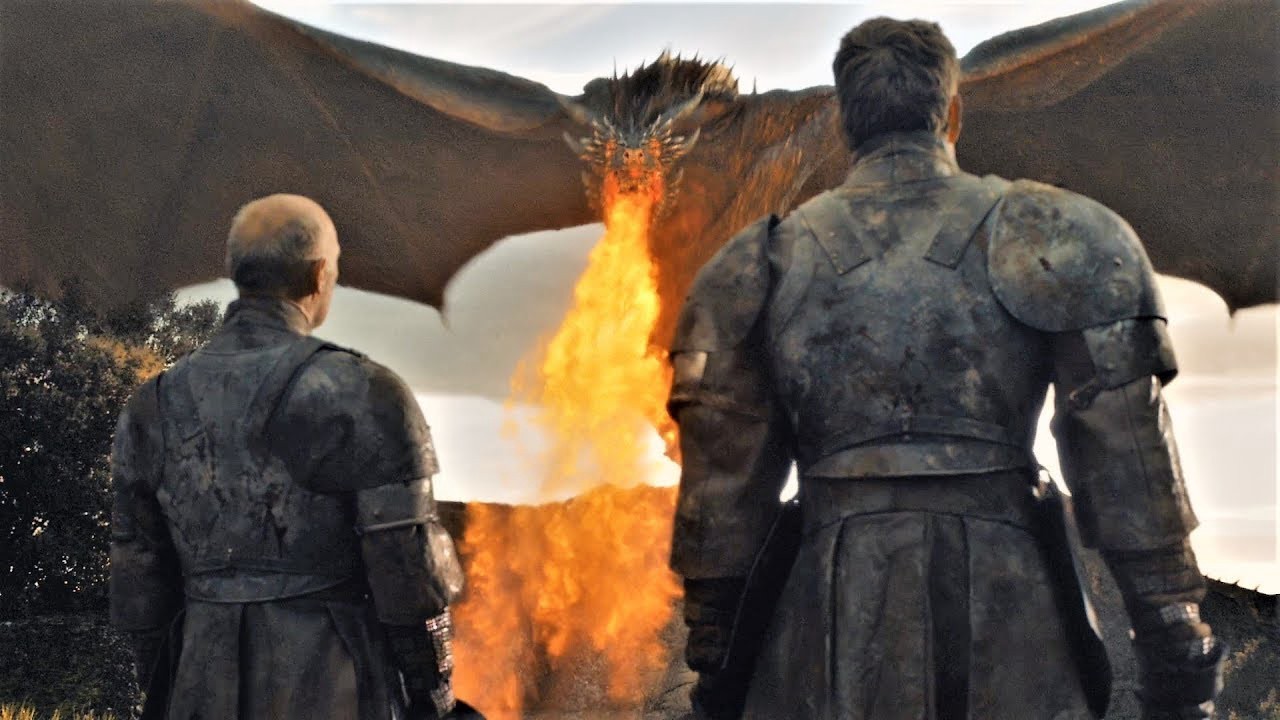 Dany has an overwhelming desire for justice – provided it’s on her (rather violent) terms.
In Slaver’s Bay, she embarks on a side quest to liberate each city. To punish over 100 slave masters for crucifying children, she orders their execution – and is unfazed when she later finds out that many may have been innocent.

In Season Six, Dany finds herself back in Vaes Dothrak and is dismayed (to say the least) at being told that she should spend the rest of her life in seclusion with the other widows. In response, she burns the Dothraki temple down to the ground, executing everyone inside. Dany then emerges from the temple unscathed to the awe of the watching Dothraki, who immediately declare their allegiance to her (perhaps worried they’ll be burned next).

During a telling scene in the Game of Thrones Season Five episode Hardhome, Dany explains to her newly appointed advisor Tyrion that she sees the quarrelling great houses of Westeros as spokes on a wheel. He replies (rather patronisingly) that Dany’s dream of ‘stopping the wheel’ and claiming the Iron Throne is beautiful. Her response, which sounded cryptic at the time, takes on new meaning following the events of Season Eight:

Dany’s vision was never to simply take the Iron Throne, it was to ‘liberate’ the world according to her own very narrow definition. As Dany continues along her journey, she makes choices that even she is uncomfortable with at first, for example reopening the fighting pits in Meereen. Subtly, and without Dany acknowledging it, her motivations change from protecting the vulnerable to becoming ruler, no matter who or what stands in her way.

Dany’s journey begins to resemble a developing dictatorship, as she resolutely moves to shape the world into her own vision, acting against her advisers and killing indiscriminately. In the final episode, Dany shows no remorse for burning the city and instead gives a passionate address about her triumph and plans to replicate it across the known world. This scene, which sees her standing above neat lines of Dothraki and Unsullied soldiers, Targaryen banners decorating the grey landscape, is almost reminiscent of Nazi rallies of the 1930s.

Jon really was always set up to be the hero of this tale. He spent his entire childhood facing rejection from most of his family. He joined the Night’s Watch because he believed it meant something worthwhile. He betrayed the Wildlings and the woman he loved out of honour to the Watch. He led an army to face off with Ramsay Bolton, avenging Sansa and reclaiming Winterfell. He united Westeros (or so he thought) to defeat the White Walkers.

Jon Snow is one of the few characters who has always behaved with courage, honour, and loyalty, with no desire for personal power in return. Looking back, it’s easy to see how his actions have provided a contrast to Dany’s. Jon consistently refuses power – so much so that there is a whole host of memes featuring him responding ‘I don’t want it’ to various offers. Jon’s focus has always been to do what is right by others, particularly where he sees injustice. He helped the Wildlings to survive, for example; defended Sam against fellow Night’s Watch brothers; left Ygritte to do what was right by the Night’s Watch, and eventually led a war for the living – convincing people to follow him because of his commitment to protecting others rather than his own desire for power. 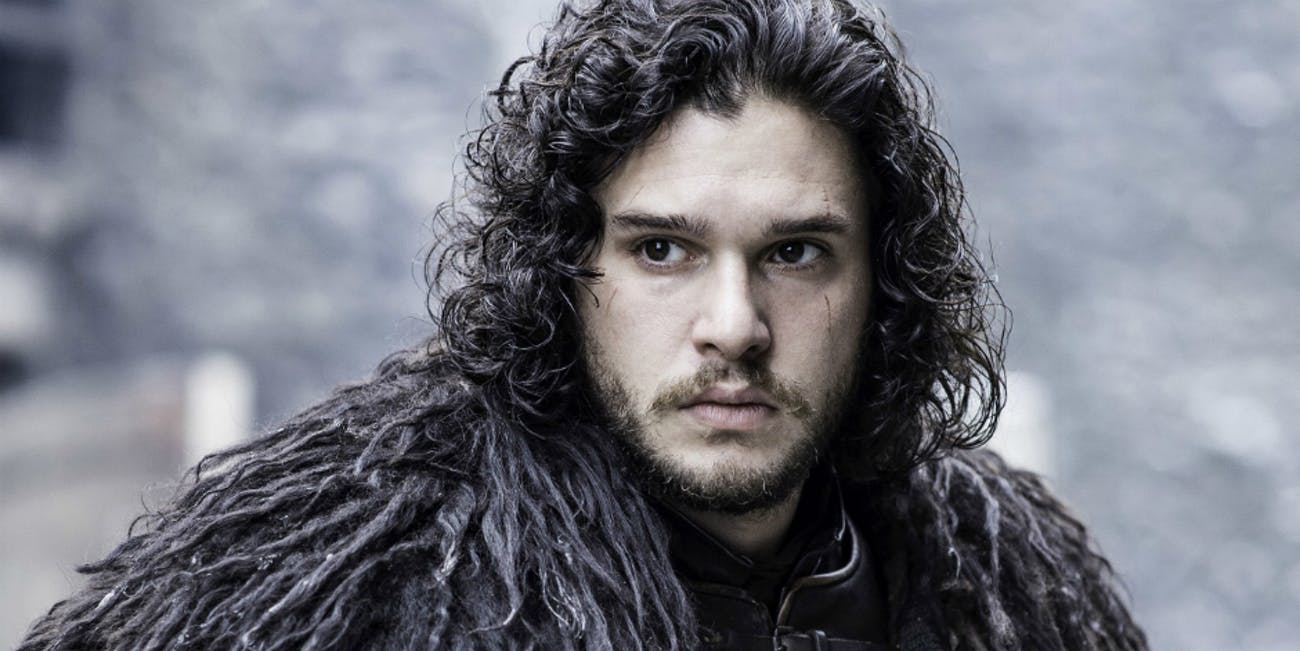 To top it all off, Jon made the ultimate sacrifice: killing his queen (/aunt/lover) to protect his family (and the rest of Westeros) from Dany’s campaign of fury and was duly rewarded by riding off to a new life beyond the Wall, the first and last place he was truly happy.

This story could not have had two heroes, no matter how much we fans hoped it would. And of the two frontrunners, Daenerys Targaryen was never going to be the heroine we longed for. Her dream for the world was to dictate what was right and wrong and we watched her consistently punish those who went against her. Perhaps because her violence seemed justified in earlier seasons, we forgave it. Burning King’s Landing even after the city had surrendered was not out of character, it was a natural step in her journey towards ruling. The mistake wasn’t that she changed character so suddenly – it was that we didn’t notice the signs the writers had been giving us for eight seasons.

Step by step, Dany moved closer to her goal of ‘breaking the wheel’, but she lost so much of herself along the way. In the final episodes, we saw her complete her transition into an oppressor, and our rightful hero stepped in to save the world from her tyrannical rule.

Ellie writes fiction, poetry and creative non-fiction. She lives in the UK’s North West and can usually be found behind a book. Read more of her articles here.

The Best Firefly Episode: Is It Because of This Character?

5 August 2018
We use cookies to ensure that we give you the best experience on our website. If you continue to use this site we will assume that you are happy with it.Ok