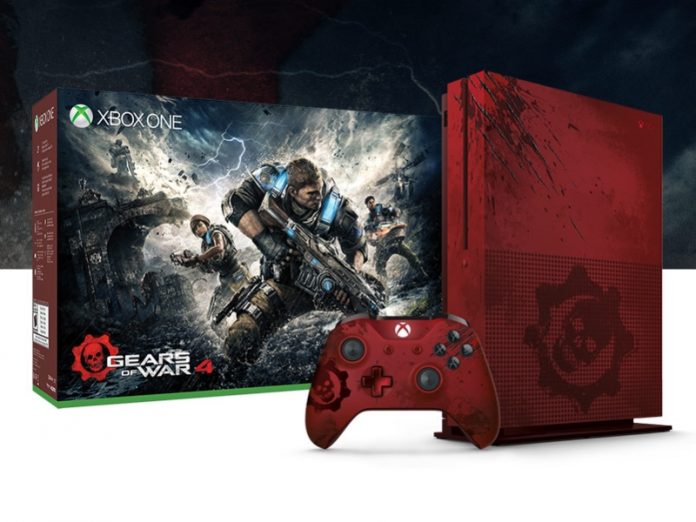 Previously I did an unboxing of the now unavailable White Xbox One S. So this Unboxing will be more straightforward and to the point in what is special about this limited edition Xbox One S. I recommend reading my other article for greater incite on the Xbox One S, if you are considering the upgrade.

The Gears of War 4 2Tb Xbox One S retails for £399 in the UK, and that’s the cheapest you’re going to find it at the moment. I would heavily recommend against purchasing this second hand if you’re after the ultimate edition of Gears of War 4, as it exists in the box as only a download code. So unless the box is sealed stay clear!

So what came in the box?

Starting things off I loved the inner packaging! Some surprise attention to detail in the cardboard boxing compared to the standard Xbox One S packaging. This really stood out for me, showing that Microsoft had really taken care putting this package together. A side note here, still no headset included in any Xbox One S packaging I’ve seen so far, poor showing Microsoft, not all of us have headsets.

There are actually two codes on the back of the Gears of War 4 Ultimate Edition code sheet, the first being the game which includes exclusive in-game items, six gear packs, and the Season Pass (which retails separately for £39.99) and that second code grants an additional six gear packs.

Now depending on if you pre-ordered the system or what retailer you picked it up from you may also have an additional code giving you access to additional characters such as Old Man Marcus, Zombie Dom and that other chick that we’ve forgotten about.. This really is a stand out for me, the attention to detail on this thing is amazing, from its laser-etched claw marks to its Crimson Omen on the front and Fenix emblem on the back. It also features a nifty fingerprint on the D-pad.

The Gears of War 4 Elite controller features the fingerprints of Coalition Studios head developer Rod Fergusson on its triggers; I’m not sure if it’s the same case on the D-pad here. Just in case you guys didn’t know Microsoft acquired the rights to Gears of War from Epic Games and is now developed by Coalition Studios.

Like the controller, the system has meticulous details all over. The laser-etched claw marks are present here too, as well as the Crimson Omen logo over the vents. It came as a pleasant surprise when I flipped the system over and noticed the Fenix logo on the back.

Something I wasn’t expecting was the system sounds and at such high quality. I owned the Xbox 360 Gears of War 3 system and found the sounds after while becoming a pain. On the Gears 4 system, I don’t think this will ever be the case. From the high pitched squeal when you eject a disc, to trumpets of classic Gears and even the comical off noise, these are here to stay!

If you liked my article, please like and share to spread the love. You may also be interested in Cross-platform gaming: Xbox Play Anywhere, Windows 10 & Beyond and the Xbox One S Unboxing and Review. 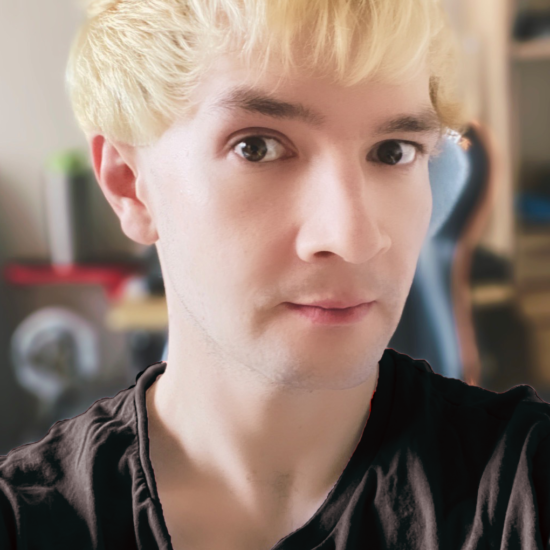 10 Characters That Deserve Their Own Disney Spinoff

Gears of War 4: Limited Edition Xbox One S - UnboxingAlmost as good as it can get with a Limited Edition system and an absolute must for any Gears fan! But for me, not a complete package, it might be small, but it irks me. Microsoft needs to consider what it means to own a complete package and when a system has this much attention to detail and forethought into its design and packaging, it's a crying shame to leave out a headset.

How To Protect Yourself Against Phishing Attacks

7 November 2022
We use cookies to ensure that we give you the best experience on our website. If you continue to use this site we will assume that you are happy with it.Ok