Dreamworks: Dragons, and How to Train Them. Breaking Down The Story So Far.

Based on a set of books written by Cressida Cowell, How to Train Your Dragon follows the son of a Viking Chief living in a fantastical Norse era where dragons inhabit the skies and islands where they live. This collection of movies, shorts and animated TV shows is clever, fun and comedic, with positive underlying messages throughout. It’s aimed mainly at a younger demographic, but the entertainment is not limited to children. It is still a great watch at any age!

For those who haven’t seen the series, missed a few of the shows or shorts, or just need a reminder before How to Train Your Dragon: The Hidden World hits theatres, here’s a quick review and recap of everything Dreamworks has put out so far.

The original How to Train Your Dragon movie was a whirlwind of fun. I first watched it when I was 21 and loved its captivating story. It’s something that the whole family can not only enjoy, but really get involved with. Donning a mixture of emotions, suspense and easy watch amusement, this movie is one that will be called an animated classic in the near future – if not almost already gaining the title no more than eight years after its release.

Before the 3rd film is released, this one really deserves a watch (or a rewatch). Its world-building is simply too much to recap!

How to Train Your Dragon Short Films: Christmas gift, a Boneknapper and A Book of Dragons

Following the first movie, Dreamworks brought out a collection of three shorts that followed suit in amusement, good dialogue and well written small storylines. Using these, they paved the way for the dragons TV series expansion. While a good watch, these shorts don’t really add much to the franchise canon. Check them out if you can, but their input isn’t really essential for going into How to Train Your Dragon: The Hidden World. 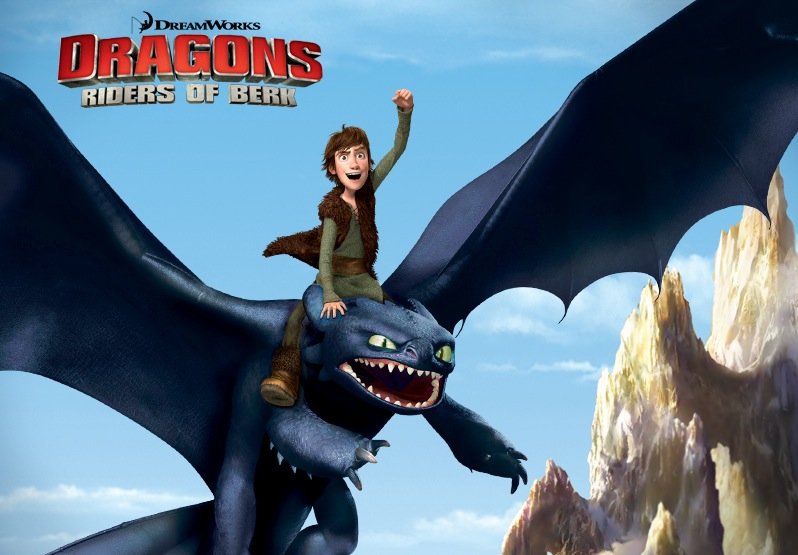 The first of three TV seasons set in the HTTYD universe, Dragons: Riders of Berk introduces some great new characters, from strong female protagonists and smart, loony and even slightly obnoxious characters, to despicable Viking antagonists and beautifully-designed new dragons. The series offers the same interesting and creative adventures as the movie, whilst keeping you hanging for a new episode every time.

Riders of Berk sees movie-lead Hiccup “Horrendous” Haddock and his friends Astrid, Fishlegs and Snotlout, plus Ruff Nut and Tuff Nut, riding their own dragons, all learning how to train and live in harmony with them, whilst dealing with new dangers. It’s much the spiritual successor to the first movie, establishing the new status quo in greater detail. In this series we meet new Viking adversaries like Dagger the Deranged and Alvin the treacherous, played by Mark Hamil, that add a new dynamic to the series.

The second season, Dragons: Defenders of Berk, follows directly on from the first, expanding on character relationships and backstory of the Archipelago region where their island is, with interesting twists, adventures and calamities. Concluding well, the second of the seasons does not let down.

Everything you need to know from this series is pretty much brought together in How to Train Your Dragon 2, yet fans of the franchise really should consider going back and watching these two series. They definitely add something to the story and flesh out the world even more.

Another short, Dawn of the Dragon Racers doesn’t link directly to the movies or other canon, but instead shows that the riders have grown up a bit; as have their dragons. It’s a fun half hour, and like the other shorts, not needed to understand or give context to anything in the franchise. Still, this one is worth a watch as well.

How to Train Your Dragon: Race to the Edge 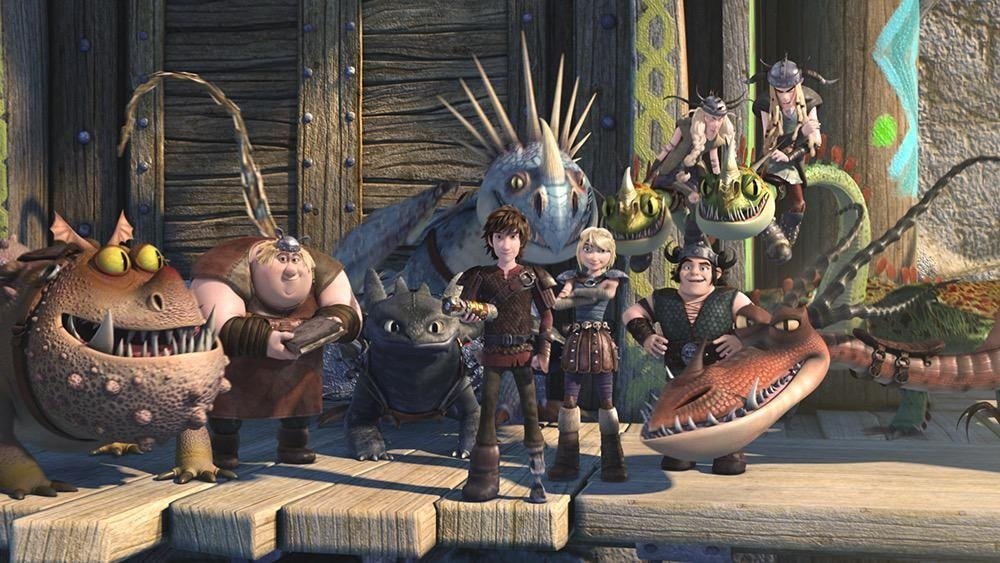 The next series in the collection is Dragons: Race to the Edge.

Although made after the release of the second movie, it really should be watched between the end of Defenders of Berk where it sort of follows from, and the second movie, that it leads up to. Although three years have passed for the main characters since the end of Defenders, it does a great job starting the story back up, and setting in motion the series of events that ensue, dropping references from both original series and the movie.

Again we see more new dragons, new antagonists (in the form of a band of dragon hunters) returns from cameo characters and an expansion of the Archipelago borders, that brings new adventures, problems and dangers along the way. This tightly woven story continues to offer an absorbing atmosphere; madness and mayhem; romance; laughs and intrigue, with some really good and outright silly dialogue.

This bulkier storyline concludes nicely once again, leaving little, if any loose ends or unfinished business. Of all the additional HTTYD material, this is the one that offers up the most in terms of connection the films.

It is also a fair bit longer than the other series, going on for six seasons; and in my opinion was exceptional, not dragging at any moment with clever twists and turns. Although very PC and child friendly, How to Train Your Dragon: Race to the Edge houses clever little inserts that’ll turn a few adults, with younger kids being none the wiser to the subtle, well-masked quips or comments. 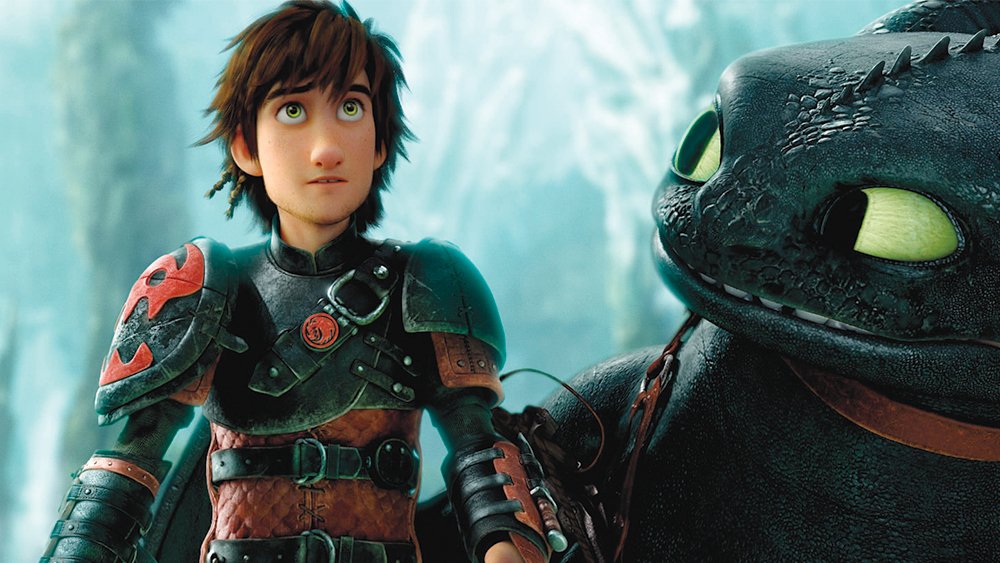 The second movie could be easily watched straight after the first and the watcher would be able to understand exactly what’s going on, although there are a few things, that, if you have watched the series, will add a bit of extra feeling and connection as you view. These include extra little jokes, subtle hints and information. The franchise has been designed not to require viewing of shorts and TV shows, but that doesn’t mean fans of them are forgotten!

The story, being brand new is interesting and full of surprises, with some clever new characters good, and bad. It packs the hour full of entertainment. Another must watch before How to Train Your Dragon: The Hidden World releases in 2019.

How to Train Your Dragon Franchise Future 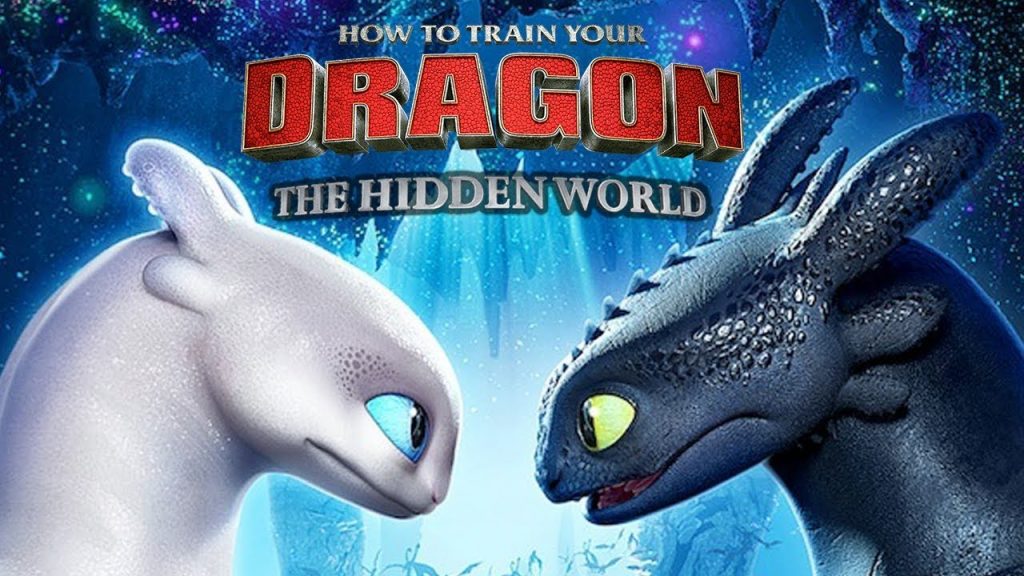 The animation of the collection grows up with the characters. By the second movie and the Race to the Edge, it is crisp and tight, with a contrast of vibrant colours and art to keep the eyes pleased including the landscapes drawn, elements, dragons and explosions, and we expect nothing less than more improvements in the next film.

There is not a combining series connecting the 2nd and 3rd movies, but I am truly looking forward to the 3rd instalment out in 2019 anyway; that I read is going to be “Toothless Crazy!”.

Although nothing is planned by Dreamworks Dragon team in way of a fourth movie or continuation of the series, spin-offs have not been ruled out for the future. I truly hope this is the case and the franchise carries on in some capacity. This marvellous creation is a proper gem, and I am sure its following will be sad to see it concluded.

Are you hyped for How to Train Your Dragon: The Hidden World? Not impressed by the trailer? Let us know your thoughts in the comments!

Author: This article is brought to you by FinalBoss. contributor, Andrew Cripps. An amateur photographer, writer and lyricist (going by Criptic in his double life as a hip hop MC) Andrew is constantly trying to get out all his stored up creativity! Writing short stories galore, with a novel on the way, you can follow Andrew and check out his on photos @andeeceephotography via Instagram.

Scale Doubles In The Lord Of The Rings Movies: The Unseen...

The Suicide Squad Review – If You Love Them, Let Them...