Ctrl Shift Face is a creator on Youtube, recently finding viral fame through his videos of actors faces mapped against others to make it appear as if they are someone else – their most current work shows us what it would be like if Jim Carrey had starred in The Shining. But this isn’t just about comedic videos. Ctrl Shift Face’s work presents a hyper-realised look into what can be done with technology to alter reality.

Appropriately through the power of the internet, FinalBoss chatted with Ctrl Shift Face on movies, tech and secret identities…

FB: How did you first get in to it?

CSF: I faked myself into videos to entertain my friends. 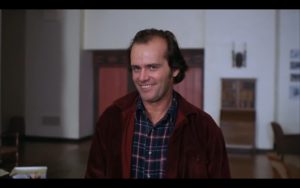 FB: How long does a video take to make usually?

FB: Despite only having the Ctrl Shift Face for a few months, your channel is huge. How did that happen? Was there a specific video that really blew up?

CSF: My first one, Bill Hader doing Arnold [Schwarzenegger] impression on Conan. It has 7 mil views at this moment.

FB: How do you pick your subjects? Is it just dumb mash ups that you want to see or does, say, Jim Carrey just have the perfect face to put on someone else?

I usually try to find some story, comedy or something more besides the sole purpose of random face swap iN my videos.

CSF: I usually try to find some story, comedy or something more besides the sole purpose of random face swap in my videos. For the last one I wanted to swap goofy comedic actor in a very serious role. Also I’m a big fan of Kubrick. Jim Carrey was a good match for this role.

FB: Your Youtube bio reads: “Windows to parallel universes. I’m creating entertaining deepfake videos. Do not believe everything that you see on the internet ok?”. As a creator behind the scenes, is secrecy something that’s important to you?

CSF: I don’t see any reasons why people should know who I am. It’s not important.

FB: You said in an NBC News article “We need for people to know what’s possible, and to think before they believe”… you make it sound almost like a Don’t Touch the Red Button moment. Are the videos you make for entertainment or education?

FB: Where do you stand on “Fake News”?

CSF: I’m annoyed by it. You don’t need a cutting edge deepfake tech to fool people. All it takes is a Facebook post and less intelligent majority will spread it like a wild fire because it confirms their bias. It’s mostly old people that are targeted. Controversial opinion? Probably but it’s true. It’s happening all over the world and huge companies, mainly Facebook (which is the main platform for this) should find I solution to this and filter this stuff out. 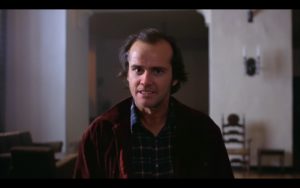 FB: Clearly you’re a film and TV fan. What have you been watching recently?

CSF: Better Call Saul is a brilliant show, Chernobyl is also very close to my heart. I like Bojack Horseman a lot too. Just to name a few. I want to check out Barry in the near future.

FB: Did you see Rogue One? What did you think of the face-mapping in that?

CSF: I didn’t. I don’t like or watch these kinds of movies aimed for kids.

CSF: Deepfakes would be a perfect tool to paste actors faces on their stuntmen.

Ctrl Shift Face can be followed on their Youtube channel, where you can catch up with the whole of the latest Jim Carrey in The Shining series. You can also follow their Twitter and support their work on Patreon.

It Takes a Lot to Make a Stew: An Interview with...

7 October 2019
We use cookies to ensure that we give you the best experience on our website. If you continue to use this site we will assume that you are happy with it.Ok