Raul Lezcano is an actor and writer and the frontman of Youtube channel “Monkey And Apple” – the channel comprises mostly of sketches and spoofs heavy on pop culture and the superhero world. His The Dark Knight spoof currently has over 21 million views online. FinalBoss talked with Raul about his career via email.

FinalBoss: Hi Raul. Where does a name like “Raul Lezcano” come from then? What’s your background?

FB: Your channel has been online for so long, having evolved in such a strange way. Was there ever a gameplan for how you would release videos back then, or did you just decide something was funny and go shoot it?

RL: Mostly the latter. I did try to coordinate relevant videos with movie or dvd releases but I missed the deadline more often than not.

FB: I loved your Evil Dead spoof when you fucked that tree.

RL: Thanks. I have more Evil Dead spoofs I’d love to get to someday.

FB: I’d say there was a noticeable improvement in quality over the last few years – your shots were lined up better and everything seemed generally tighter on screen. Another fave of mine, The Whack, looks professionally made. How did that happen? Was it a case of new funds, or just having learnt more and more along the way?

RL: Thanks for the kind words. Since living in Seattle I’ve been fortunate enough to become friends with various people in the filmmaking community who have been gracious to provide their time in helping create videos. The Whack shoot in particular was spearheaded by Matt Joseph, a frequent collaborator who was really integral in putting a shot in the arm of the channel the last few years.

FB: Why did you shave your head? Is it just a case of being able to wear more bad wigs? I remember at the time it was such a shock to see as a fan.

RL: I shaved my head because my hair ran out. God waged a war of attrition on my hair line since high school, with more and more of it vanishing each night like it was being slowly erased with the back of a pencil as I slept.

FB: Are you an actor by trade; is that the career trajectory?

RL: I enjoy acting yes, but I believe I’m strongest at writing. Some combination of both would be my ideal career trajectory.

Yes, it’s as low budget as it looks – the costume was a hoodie and Batman mask over a balaclava.

FB: You’re most well known for your spoof of the Batman/Joker interrogation scene from the Dark Knight video on Youtube – how did that come about? Ten years ago when it was released it really embodied what a “viral video” should be. And I’d say time has only added to the zeitgeist of how funny it actually is. Is it as low budget as it looks? How long did it take to shoot?

RL: That came about because I dressed up as Joker to attend the midnight screening of The Dark Knight and I wanted to take advantage of having the getup on already, so I shot the video when I got home directly after with my good friend Robert. Yes, it is as low budget as it looks – the Batman costume was just a hoodie and Batman face mask over a balaclava. It took a few hours. I’d say at least three.

I shot the Joker half first with Robert punching me in the face and then wiped the bottom half of the makeup off and put on the Batman gear to shoot the reverse half.

FB: Did you see Pete Holmes’ take on The Dark Knight series?

RL: I did. I enjoy them, but it irked me a great deal as they did at least 3 premises I intended to make videos on before I got to them. Also their apparent budget versus my immense lack of one really made my resentment sense tingle.

FB: And what did you think of Ben Affleck’s Batman?

RL: Acting-wise, I think he did a respectable job. And as far as looking the part, the Affleck Bat costume in my opinion is the best by far. I think the characterisation is grossly disappointing however. But I have issues with the characterisation of the Nolan Batman as well, particularly in Rises. It’s always something.

FB: How about superhero films in general? Even since you made your spoof, the box office is still swamped with them – even more so now than in ‘08. Good thing, or bad thing?

RL: It’s a great thing. As far fatigue and its effect on the industry at large etc, I’m ambivalent. All I know is, for me as a geek, seeing all these stories finally come to life is the golden age and I love it.

When I hear the word content I think of YouTubers talking to their cameras about their lunch.

FB: Martin Scorsese, who has produced the latest Joker film, recently said about how “content” is a bad word, and how it devalues cinema by putting it into a category. As a person who makes content on a regular basis, whilst simultaneously dipping into, and lampooning, the cinema world, what do you think of a statement like that?

RL: I think Martin Scorsese is one of my gods and I wouldn’t ever deign to contradict him even if I disagreed. But in this particular instance I would say I agree with him. I think content has become a buzzword that does cheapen the art you are creating by codifying it as a product that needs to be continually churned out to stay viable.

It places the value on your amount of output versus the quality of your output. And I do believe cinema is, and should be, a revered format that rises above the level of being categorised as simple content. When I hear the word content I think of YouTubers talking to their cameras about their lunch.

FB: What about Youtube in general? It’s evolved so much, don’t you think?

FB: Talk to me about your latest series, “Fully Committed”. In every way, it’s a far more grown-up slant on your comedy. Was there a specific moment that made you want to make it?

RL: I’ve had a lot of miscellaneous relationship material in my sketch bank for some time, and while working on the Adultarama stage show I was able to utilise some of it. After completing Adultarama I saw the opportunity to take two of those sketches and spin it off into its own thing, which would give me the opportunity to exorcise more of that material. That became Fully Committed. 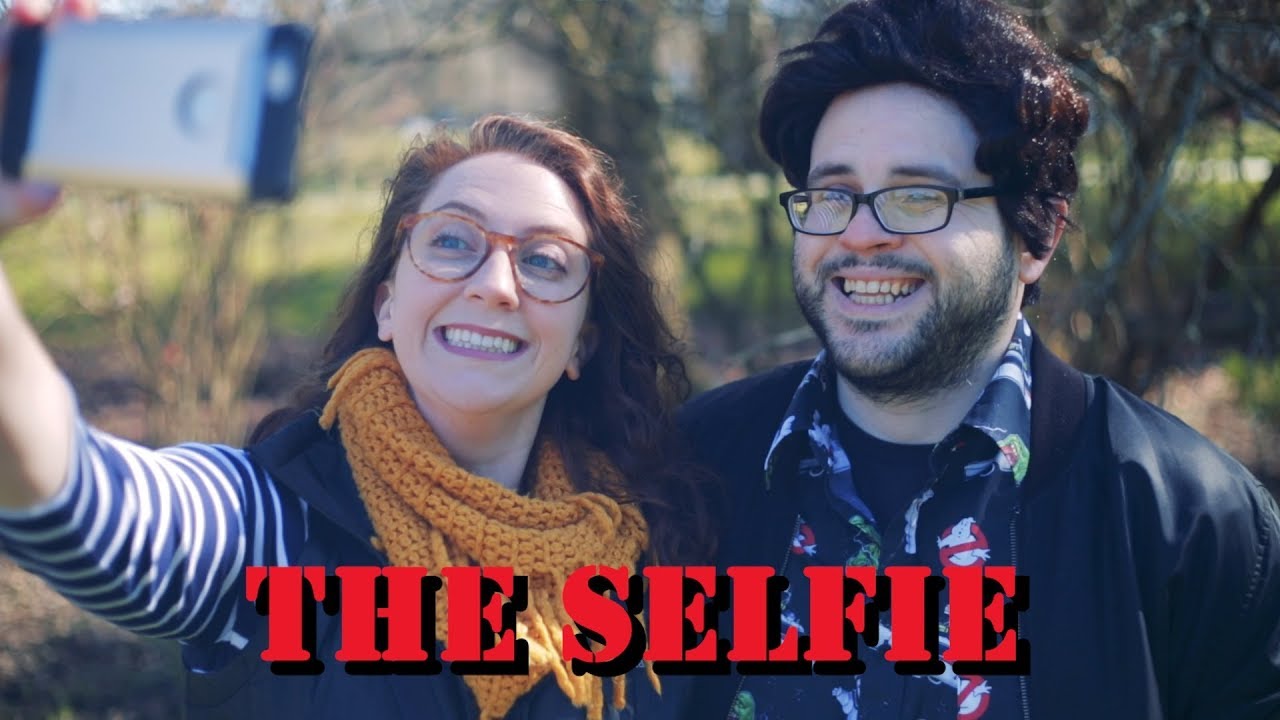 FB: Looking back through your videos, and with Fully Committed too, you very much have your own “voice” in your writing. Was that intentional?

RL: Thank you. I wouldn’t say it’s intentional. I never write something and look back at it and say “this doesn’t sound like me enough, I better go back and inject more”. I’ve always been fortunate (or unfortunate depending on the circumstance) to have a clear voice in my writing, at least from what my English teachers told me since 6th grade.

FB: Your back-catalogue suggests that you’ve only grown as a creator, can we expect your magnum opus any time soon? You sitting on a bench talking about “time lost” while Hans Zimmer plays, maybe?

RL: Thanks again, I started putting up these videos on the channel when I was 20 so I would hope some growth is apparent. I’m certainly not the proudest of certain older videos. As far as a magnum opus, I’ve had certain longer form ideas I’ve sat with for ages I’d like to tackle at some point whenever time, funds and waning ambition intersect. But who knows when that’ll be?

The current project I’ve been working on however could qualify as one. It’s certainly the most ambitious, time consuming and longest form project I’ve done. But it’s also probably the most litigious and ridiculous thing I’ve done. So we’ll see how that goes.

Check out Raul and the Fully Committed series on Youtube, or Monkey And Apple’s Facebook Page. Then head this way for more FinalBoss interviews.

FinalBoss finds out how many Marvel movies there. From the 1940s Captain America to latest release Black Widow, they are all here!
Read more
Movies

Give a person a fish, they eat for a...
Read more
Cinema

Days are getting longer and the temperature is rising....
Read more
Load more