After what feels like forever of waiting, Star Trek: Discovery season 2 finally returned to our screens last week. Currently two episodes in, and having seen two very likeable and memorable captains killed off in the first season, we are now introduced to the very straight-laced Captain Pike, played by Anson Mount.

Fans of the series as a whole will know this character already from popping up at various points in the series’/movies – just think any school principal character from any movie that you’ve ever seen and you’ll get the idea (Bruce Greenwood played him in the recent movies, which will tell you absolutely everything…). But an addition of a character like this does make me fear that this change of pace may derail the momentum of this series so far. Such a bland character offers a reliance, yes, but is it a good addition? Personally, I’m not so sure. Hopefully all this will be is a misdirect – before we are given a more interesting character in Pike’s place – but I can’t help but feel that the severe bloom of a brand new Trek series and its fresh faced crew of robots, gangly space aliens and troubled humans doesn’t have room on-board for yet another S2 white guy in a suit.

Mount is a fine actor, absolutely, but my dilemma comes from knowing that – only two episodes in – the character he plays exists right now as nothing more than a What Have We Learnt This Week, Kids?, as opposed to Jason Isaacs’ often slimy and always questionable Captain Lorca from Series 1. Lorca filled the screen, smirking and smarming his way through, whereas Pike merely seems to exist in the Neutral Zone.

With that said, I go into this new season of Discovery hopeful: Hopeful that the series can continue to be as ballsy as the first, and not rest on what it knows, not for it to be complacent. Or for that matter, lazy. I don’t want the Pike play to be a “safe bet”, but perhaps rather a steadying of the ship – in a second season that must cement its brilliance if it is to stay on course to become the classic that it deserves to be.

In recent years, I have gone from being the Star Wars kid – the toy Boba Fett with attachable backpack in hand, to now being disenchanted by sluggish remakes pretending to be something else – yes, I hated Force Awakens.

I hate the Porgs. I hate them. They’re coarse, and they’re rough. And they get everywhere.

I thought both films were plodding, and lazy rehashes. It only made me bitter, and hungry for a worthwhile Sci-Fi. Step in, Discovery.

Maybe a little rough around the edges here and there, Discovery’s first season was fresh and very much its own thing – even as it found its feet and decided what it wanted to be, whilst us, the viewers, went on that journey as well. Each new episode was cinematic and beautiful, taking in both the storytelling work of the earlier series’, while riding the sports car panache of the more recent films. It respected the past series’ while in itself being a new part of that universe, something that The Force Remakens arguably tried – and failed at. 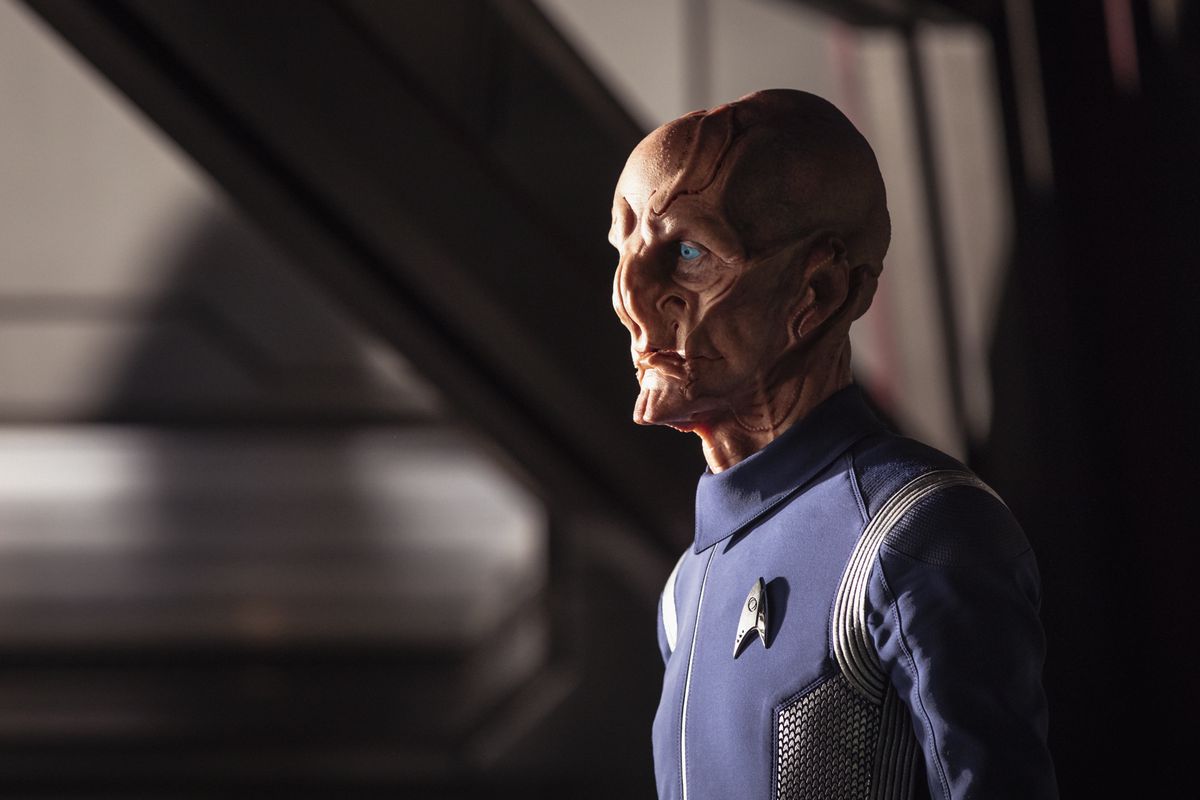 I dream that Discovery will dare to talk about as important topics as the OG series and the mighty Next Generation did before it (also all on Netflix). Even with the surprisingly excellent The Orville also hitting us with its second season right now, I can only see that head-to-head airing of the two operating as a friendly competitor – or even a teammate, in disguise.

I want this show to succeed. I really do. I don’t want to see it falter to Series 2 jitters, nor for it to become formulaic sci-fi that we’ve already seen so many times previously.

I just hope that the writers of Discovery can be like their namesake explorers and are willing to be brave with this brand new series, and continue to go deeper into the unknown.

If you enjoyed this article, please check out more of our TV coverage.