The next generation of Nvidia graphics cards are almost officially available to the public, and this time around the big question is all about how the new technology that is equipped within these powerful GPUs will treat the gaming community.

Before we start, the biggest thing to keep in mind is that only a few games actually inherit the technology that is required for them to perform at their optimal levels. Without a doubt, there will be a major leap forward in technological capabilities in the gaming industry, but only once these cards have had a chance to resonate with developers that create the high-quality titles we know and love.

The biggest thing that strikes the mind when thinking about the next generation of Nvidia graphics cards is the improvement in technology that will be unleashed within the gaming community. These graphics cards have the potential to encourage game development studios to push their limits in terms of developing games themselves, in order to strike the best possible performance with some of these cards.

The biggest specific technological improvement is the ray tracing support that these next-generation cards have the capability to utilize. Ray tracing is a form of rendering that can try to simulate the way that global illumination-based lighting bounces around 3D environments. This technique can help create realistic shadows and optimised reflections in order to create a higher quality final render, which in turn offers superior realism, immersion and graphical fidelity.

This technology is so new only three games were announced that support ray tracing at the recent Gamescom event. Though, it’s worthing noting that since the event more have been announced. Having said that, given Nvidia is the market leader in GPU technologies, there’s no doubt that this technology will be utilised in more and more games in the future. We’ll definitely see more games using RTX graphics cards than the meagre amount we have up and coming.

This release of graphics cards will only encourage and push forward the processes that eventually moves the majority of the gaming community towards utilising this impressive capability.

As of now, the three titles that were showcased at Gamescom that supported ray tracing technology were Battlefield V, Tomb Raider, and Metro Exodus. These titles are all supported by triple-A quality gaming studios that have vast amounts of resources and funding to adopt the new technologies, which comes as no surprise. Until this technology becomes more regulated within additional generations of graphics cards, it is hard to imagine the average gaming studio taking the time to integrate them. We’re just too early into the process of ray tracing technology, despite how promising it might be.

Early adopters of this generation of graphics cards should keep in mind that it could take several years or more for the majority of studios to incorporate this technology for their gaming projects. This means that there is a good chance that we won’t see Nvidia RTX graphic cards used all that often until the next generation of gaming, which could still be a handful of years away.

There are several important upgrades that Nvidia RTX graphic cards present to gamers that are separate from the ray tracing technology. Every time a new generation of cards are released, it is safe to assume that Nvidia has once again fine-tuned and optimised just about everything within their new collection.

In short: all adopters will see some benefit over existing GPU hardware that they already own.

These next-gen RTX cards are built and designed to inherit faster memory speeds than their predecessors and more efficient performance, thanks to them being the first cards on the market to use GDDR6. These enhancements come at a cost, as these cards will be among some of the highest priced in the industry. This means that optimal value for Nvidia RTX graphics cards will certainly not be found within the early days of their official launch.

Waiting for prices to drop and the number of games utilising the technology to rise is definitely what we’d recommend. However, because they offer such marked increases in performance, we know some gamers might find the cost of not having one of these cards too much to live with. Especially when they know they will be sitting on a shelf at the nearest electronics store.

The Major Swing in the Gaming Industry

These cards will certainly influence the gaming industry, although the major question is when the major swing will take place. Consider the launch of these cards as an early tease for what is to come in the next few years. While purchasing the cards today may put a halt to the curiosity caused by not owning and experiencing what they have to offer,
an early purchase may not completely satisfy customers who will undoubtedly have to wait many months for more games to release that actually support some of the advanced technologies within the Nvidia RTX graphics cards.

The major swing will likely take place within the next three to five years, when gaming studios and developers have had a little bit of time to perfect the technology and optimise it for their game titles. It is just too hard to imagine a handful of gaming studios rushing their ray tracing integration simply to satisfy those first few adopters that are diving right in on an opening day purchase of the all-new Nvidia RTX cards.

Early birds that are committed to their day one purchase should remain optimistic, though, as they will get to test the new technology on three verified titles later this year at the very least.

There has never been a brighter future for the gaming industry with the outstanding new technology that has been consistently introduced into the industry for gamers to try out over the last few years. One major optimisation that has been sort of ignored with these cards appears to be the enhancement in support for VR capabilities, a topic that has been shredded into the background behind the hyped up ray tracing rendering capabilities. Gamers have potentially forgotten that another growing technology in VR will now be powered by some of the most capable cards that the industry has ever seen in the 2000 series of RTX graphics cards.

In 2018, gamers will have the opportunity to utilise these powerful graphics card units for the first time ever. This will represent a major leap forward in gaming technology, one that will have a major impact for years to come.

Creator of HDD Mag, lover of comic books (Especially Dr. Strange), horror movies and video games. In my spare time, I’m either reading them, watching them or playing them! 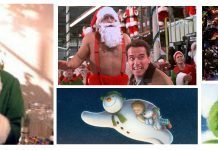