The 10 months between this summers Spider-Man Far From Home and next years Black Widow is the longest break between Marvel movies in over half a decade. Yes, you could fill that time with another MCU-athon or check out some of the Marvel TV shows, but if you feel like branching out, the gap between MCU films offers plenty of time to catch up on some of the biggest stars other work. Here’s a look at my favourite films that feature each of the original Avengers big six:

I have a massive soft spot for this sequel to The Fugitive. This time Tommy Lee Jones (MCU alert!) and his US Marshals (sidenote – The Marshals would have been a great TV spin-off) are in pursuit of Wesley Snipes. Although, they are in need of help! Enter RDJ as a young, cocky, brash government agent. He’s charming and smarmy, and clearly having a great time opposite Jones. It’s overly complicated and maybe not quite to the standard of The Fugitive, but it’s damn good entertainment.

David Fincher’s epic crime drama takes place over many years as police, journalists and a cartoonist try and solve the mystery of a California serial killer. RDJ plays slightly flamboyant writer Paul Avery, who like many of those involved, is worn down by the saga. Much like the investigation, it’s at times slow and then all action, with one particularly creepy standout scene. It has a divisive ending which will leave you thinking. (As a bonus it also boasts MCU’ers Mark Ruffalo and Jake Gyllenhaal).

*Disclaimer, if you see Oscar nominations as a sign of quality, then RDJ has two, for Chaplin (1992) and Tropic Thunder (2008) but I’ve shamefully seen neither.

With the world ruined by climate change, what is left of humanity is doing laps of the world on a high-speed train. Onboard the train a class system has developed, with Evans playing Curtis Everett, part of the tail-or lower class. The supporting cast includes Jamie Bell, Octavia Spencer and an almost unrecognisable Tilda Swinton (MCU alert!) but this is definitely Evans’ film. A bit like Cap, he’s quietly strong and at times doubtful of his leadership qualities, as he tries to improve life on the train for those around him.

A non-action role for Evans, he portrays a man who is guardian to a genius niece, played by McKenna Grace. There’s lots of fun to be had in the interplay between the two, with the child smarter than so many of those around her, before it loses its way a bit in the second half, as custody issues take centre stage.

This true story, based on real F1 events, sees Hemsworth play James Hunt opposite Daniel Bruhl (MCU alert!) as Niki Lauda; great racing rivals of the 1970s. Hemsworth has the more fun part to play, as Hunt is arrogant and carefree with little thought for the consequences of his actions, whilst Lauda is ice cool and committed. The film follows their clashes on and off the track.

Films get remade and rebooted all the time these days, but Ghostbusters seems to get movie fans more wound up than most. Was it because of nostalgic love for the original or because of the reassigning of the gender roles? With females leads taking over the ghostbusting, it seemed only fitting that their secretary was male. Enter Hemsworth and all his comedic skills as out-of-his-depth Kevin.

Much like the Hulk, Ruffalo excels in ensembles and this film got him his first Oscar nod. He plays a guy disrupting the marriage of Annette Bening (MCU alert!) and Julianne Moore in this drama.

The Best Picture winner centres around a group of journalists investigating child sex offences in Boston by Roman Catholic priests. It is a heavy subject but very well handled, as the film follows the team trying to uncover the story to allow them to publish what they know to be true. (MCU’ers everywhere you look, Michael Keaton! Rachel McAdams! John Slattery! Stanley Tucci!)

*Ruffalo also has an Oscar nomination for Foxcatcher (2014) and as mentioned previously is in the brilliant Zodiac. Plenty of action on display here. These are very much Tom Cruise films but none the less Renner offers able support as analyst William Brandt in entries 4 and 5 of the series.

I’ve seen this described as the thinking persons sci-fi and that seems fair. Characters played by Renner and Amy Adams are tasked with trying to communicate with newly landed aliens as the world decides what to do with them.

*Also always worth checking out performances deemed worthy by The Academy, and Renner was nominated for both The Hurt Locker (2010) and The Town (2011). 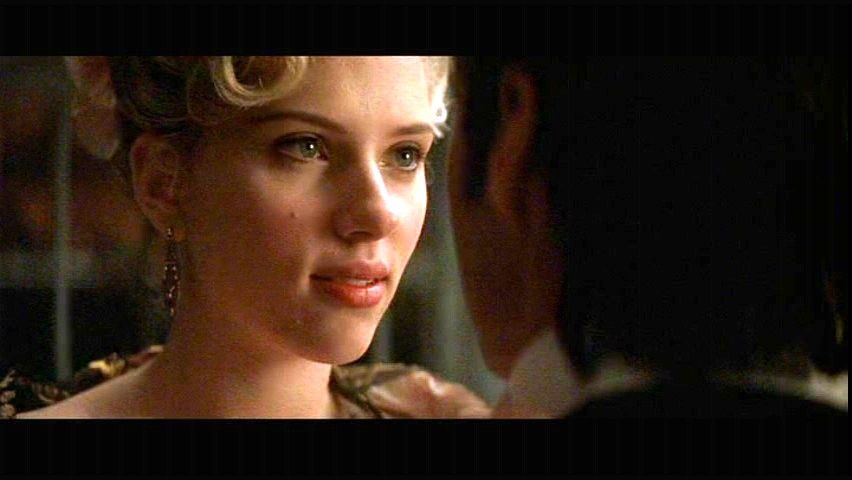 This is not the biggest role for Johansson but Christopher Nolan’s film is so good it has to be mentioned. Christian Bale and Hugh Jackman play magicians obsessed with outdoing each other and Johansson plays Olivia, who gets caught up in the rivalry.

This Woody Allen film, set in Spain, follows three women (played by Johansson, Penelope Cruz and Rebecca Hall) and their relationship with artist Juan Antonio (Javier Bardem). Bardem’s character is interested in all three women, and this being Allen, comedy and drama ensue.

What Are Your Favourite Big Six Films?

This is just a selection of the many great films this epic cast have been involved in over the years. Which favourites of yours would you recommend? Let FinalBoss know in the comments!

If you enjoyed this article please consider checking out more of our movie coverage.

Share
Facebook
Twitter
Pinterest
Linkedin
ReddIt
Email
Previous articleExclusive Interview: Pineapple Tours’ Lake Markham [AKA Dade from the Filthy Frank Show]
Next articleRick and Morty Season 4: Early Thoughts on What’s to Come
Shaun Dearling
Shaun is FinalBoss' most prolific cinephile. If he hasn't seen it, it ain't worth watching. You'll find him writing about everything from blowout blockbusters to small-screen splendours as he waits impatiently for Lord of the Rings to be released by Amazon. Catch up with Shaun and see what he's been watching on www.letterboxd.com/shaun_1982.