The first trailer for The Rise Of Skywalker ended with a seemingly familiar cackle. It sounded an awful lot like Emperor Palpatine…

Almost instantly, this was confirmed with the reveal that actor Ian McDiarmid was returning to the series. But, besides the announcement and an eery laugh, we didn’t have much else to go. Until now.

This week’s release of the final trailer for Episode IX saw some lines spoken by the fallen Emperor, and gave a glimpse of his hooded figure on his new throne. If you haven’t caught the trailer, make sure you watch it before reading more!

So, how could this be?

Chronologically, Palpatine was last seen in Return Of The Jedi, being thrown out of his throne room by his apprentice Darth Vader. But who knows where that chasm went?

Even if it took him to another part of the Death Star, he would surely have been killed (if he wasn’t already dead) when the rebels blew it up. It seems unlikely he would have been in condition to get to a ship and escape as Luke and Vader did. If he somehow survived the explosion too, and was instead sent hurtling into space, then that would have done for him for sure.

At least, that’s what you’d have thought, until The Last Jedi was released, which showed Leia ably demonstrate that those strong in the force can travel though space.

Maybe the Emperor did just that. Maybe he used his affinity with the force to survive in the vacuum of space and he’s been biding his time ever since, waiting for a new Sith to rise. With Snoke gone, Kylo Ren is now running the galaxy, what better time to come back and grab some power?

But that isn’t the only option we have.

Could he be returning as a force ghost? So far in the series, only the good guys have done this. Qui-Gon, Obi-Wan, Yoda, a redeemed Anakin and Luke have all helped out their apprentices this way. Just because a Sith hasn’t shown this skill on screen yet, that doesn’t necessarily mean it can’t happen. It’s possible that he’s decided the time is now for Kylo Ren, and come back to guide him.

Or is it possible that he’s a clone?

The trailer shows a water-heavy planet, which is rare in the Star Wars Universe, as most tend to be deserts for some reason. Could this be Kamino, home of the cloners? Even if it’s not, given Palpatine orchestrated the Clone Wars, it doesn’t seem crazy to suggest that he might have cloned himself in case of defeat.

Long he has waited, so once more, it surely comes down to how his re-emergence fits in with Kylo Ren destroying the threat that is Snoke. After all, there is the Rule of Two. There can only be one true Sith Lord.

All will be revealed in about two months time.

Whatever the how and why of his return are, it’s important to remember this is the franchise that bought Darth Maul back after he was sliced in half so anything could happen. Sith have amazing powers of recovery. The return of Palpatine isn’t crazy at all, it’s actually the exact kind of thing we should expect from Star Wars.

As Luke says “no one’s ever really gone”

This article is a guest contribution by Shaun Dearling. Find him on Twitter! 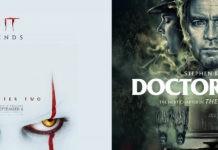