WWDC 21: Get ready for a significant learning curve with iOS 15, iPadOS 15 and macOS Monterey

One of Apple’s USP’s has always been their simple and intuitive interface. Whether you are a six year old, or a sixty year old, operating an Apple device has always been easy to learn, and familiar in many ways. Of course, it’s not all gone smoothly (remember 3D Touch?), but by far, iOS and macOS have been far superior to Android and Windows when it comes to operations. That is all set to change, in more ways than one. From the reviews of early betas of iOS 15, macOS Monterey, watchOS 8 and even iPadOS 15, users are going to have to get used to a lot of significant changes. Operating an Apple device isn’t going to be as easy anymore, which could be a big challenge.

iOS 14 already threw up a significant learning curve with the way App Drawer, widgets and pages function, but now it’s about to get a whole lot harder, especially in some key areas of iOS 15. This isn’t something most of us will notice, but if you do have a young child, or older parent who uses an iPhone or iPad, then be ready for a lot of tutorial sessions.

While some of these areas are acceptable, given that not everyone will use them, other changes will present a bigger challenge since they are key apps and features. It almost feels very un-Apple like, but here we are. Now, to be clear, a lot of these complaints are things most people won’t agree with. But, hand your iPhone to a not-so-tech savvy person, and you’ll see what I am talking about.

Safari goes upside down in iOS 15

Apple’s web browser has got a significant overhaul with iOS 15 and macOS Monterey, and this is what surprises, and disappoints me the most. In iOS, Apple has moved Safari’s tab bar to the bottom of the screen. In some ways that makes sense. I have an iPhone 12 Pro Max, and my tiny hands struggle to reach the top of the screen without invoking Reachability, or changing my grip. So yes, I do welcome the change, but it comes at a significant cost.

For one, the bar now hides Reader View and the refresh button. Instead, you can only quickly access tabs. iOS 15 also does away with the quick buttons for Share Sheet, bookmarks, and back/forward. Everything’s hidden now, which is going to be painful for some people to learn. The back/forward buttons do reappear when you tap the bar, but that feels like an extra step now.

To reload the page, you can now pull down from the top of the screen. That seems perfectly intuitive to me, but I know my parents will struggle without a button they can see. The Share Sheet, along with Reader View, bookmarks, and other functions are now hidden behind the three dot icon. I am sure a good number of people will struggle to even find these options, forget using them. It also means these options are now an extra step away, making it less likely people will want to use them unless they absolutely have to.

You can also swipe between ‘windows’ or tabs by swiping on the bar in iOS 15, which is also going to take some getting used to. It also means a lot of people might end up swiping by accident, I’ve seen people swipe between apps by accident so this isn’t a far stretch.

I really like the idea of Tab groups though, and I think it will make Safari so much more powerful. But accessing it on iOS 15 seems complex, and I fear it’s a feature that will go hidden for many for that reason. Overall, Safari has just become less intuitive and straightforward in iOS 15, which is definitely not cool.

The same can be said for macOS Monterey. It appears as if Apple has reduced the size of the tab bar, while hiding options behind the three dot icon again. Surely that didn’t need to be done. Macs have large enough screens, and this redesign is just making things harder to see and use. You may not notice or care, but older users will, and that should concern everyone.

I’ve always found iMessage to be a far superior alternative to other services, so I am glad Apple is putting more focus on it every year. One feature in iOS 15, which you either really love or hate is the new way multiple photos are presented. Personally, I love this new interface, but again it comes with a tradeoff of being less easy to understand.

You can now swipe to see a ‘stack’ of photos, or tap to see all of them in a grid view. I think the swipe feature is going to be something a lot of people do by accident, like with tabs in Safari. I can just hear my parents wondering ‘where did that photo go?’. I also feel like some people may end up swiping back to the Messages home screen, since the stack is placed on the side.

I’m not sure how to fix this, and I don’t see it as a groundbreaking or major concern like with Safari, but it is something that is going to crop up in a few households. But that said, it’s actually a very neat space-saving feature. No more endless scrolling!

Quick Notes will work, if you know how

Quick Notes is essentially Sticky Notes for iPadOS, but with the advantage of working across macOS as well. On the face of it, it’s a pretty neat feature and one I am sure a lot of us will love to use, but once again, it’s not that easy to access and use. It’s also strange that it isn’t available on iOS 15, which I feel could be done.

On iPadOS, users can invoke a Quick Note either by swiping from the corner, or via Control Centre. The latter takes an extra step, but has the advantage of not being pressed by accident. The former is going to be more accidental. You may know it works, but a young child or old parent may not, and just end up with an unfamiliar interface. It’s harmless, but that does mean they’ll have to learn about this feature and how to use it. That said, Quick Notes is not something everyone will want to use, as you could quickly end up cluttering the Notes app with a long list of random numbers, links, or phrases. Nonetheless, it’s a welcome addition if Notes is a vital tool.

iPad multitasking is still a mess

Multitasking on an iPad has always been a pain. It’s one of the things I hate most about the iPad, and wish there was a better fix. iPadsOS 15 does resolve some of the issues, but again it requires a good understanding of the OS. Granted, multitasking isn’t something old people want or will do, but every for the average Joe, Apple has hidden a ton of its features.

First, Apple now pushes your open app completely away when you invoke multitasking. That’s not seamless, or efficient. I’d rather Apple bring up the App Library while keeping the app open. That way, I can invoke multitasking while watching a video, or on a FaceTime call and not lose a second of what I am seeing.

There’s also a new ‘Centre Window’ that effectively renders multitasking useless. The point is to work on multiple things at once, not one thing at a time. If I want to view an email or message full screen, I’d exit multitasking. This just takes an extra few taps, while putting my other open apps in the background.

I do like that Apple has added a new multitasking menu in iPadOS 15, and I feel like that will help solve some issues, but it is definitely going to take a lot of getting used to. Even for regular iPad users, multitasking in iPadOS 15 will take some time to become habit.

A lot of these complaints may not sound like much to most readers, but if you have non-tech savvy people around you (like I do), you’ll realise the problems I am highlighting here. It took my parents a while to understand how to add widgets to their home screen, so I am not too sure they’ll pick up the changes to Safari, or multitasking on iPad that easily.

Apple was supposed to be easier to use than Android, but over the years it is only becoming more complex. That’s inevitable, since more new features are added every year. But how you add them is a choice Apple usually makes very carefully. Some changes like the new photo stack in messages and Quick Notes are ok, since they are features that not everyone will want to, or use on a daily basis.

Safari though, and iPad multitasking aren’t like that. They are essential to the way we use our iPhones and iPads. iOS 15 makes it just a bit more complex to get things done, which for these apps isn’t a good look. Nonetheless, I am excited to see the final version, which I am sure Apple will have made some changes to. 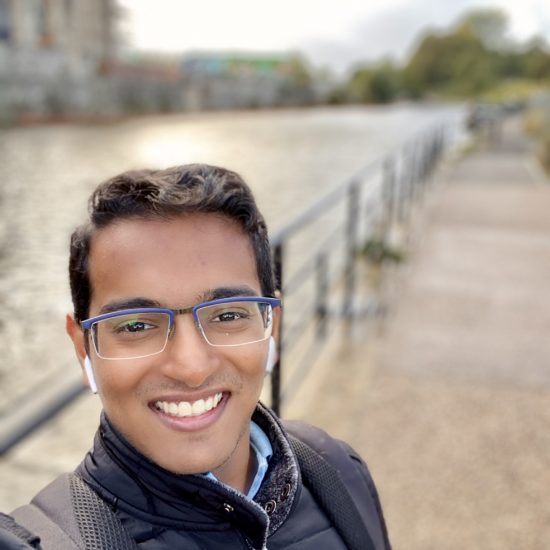 Aquaman – A Fishy Delight or Just Another Wet Squid?

10 May 2020
We use cookies to ensure that we give you the best experience on our website. If you continue to use this site we will assume that you are happy with it.Ok