FinalBoss recently collaborated with digital artist Toby Pedder on a logo reimaging of our Podcast “BossCast“. So impressed we were with his skills and dedication to digital arts that we’ve had a chat around the proverbial digital water cooler (social distancing and all) and decided to showcase some of his other illustrations from the worlds of TV and movies. 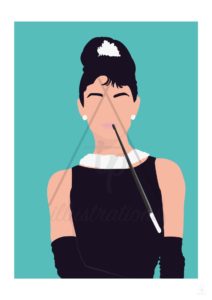 Audrey Hepburn was one of the greatest stars of Hollywood’s Golden Age, winning an Oscar for Roman Holiday. In 1961 she appeared in director Blake Edward’s romantic comedy Breakfast at Tiffany’s, opposite future star of The A-Team George Peppard. The film was based on a novella by Truman Capote and inspired one of the all-time great one-hit wonders. The shot of her as Holly Golightly is one of the most famous images from cinema. 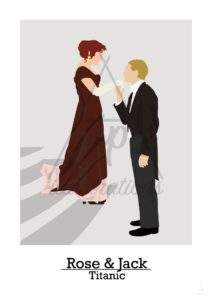 Action director James Cameron’s fascination with shipwrecks led to him making Titanic, the most expensive movie ever made, but it turned out to a huge success. The first movie to earn over a billion dollars, it was the highest-grossing film of all-time until Cameron’s own Avatar surpassed it in 2010. The story is centred on the doom romance of Jack and Rose, portrayed by then-rising stars Leonardo DiCaprio and Kate Winslet. Fair to say their careers didn’t sink. 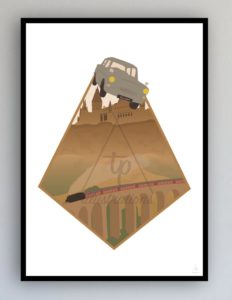 From the late ‘90s through the 2000s the world was never far away from either a new Harry Potter novel or movie. JK Rowling’s world mixes magic with normality, showcased by this flying Ford Anglia! 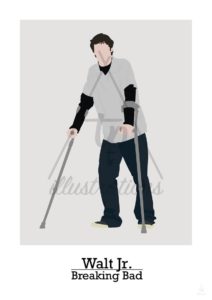 In the last decade or so the gap between movies and TV narrowed. New platforms for TV led to higher TV budgets and increased production values and suddenly movie stars were returning to the small screen. One such show from that time was the critically acclaimed Breaking Bad, which amongst it’s cast included RJ Mitte as Walter White Jr or Flynn. Mitte has cerebral palsy, as does his character. 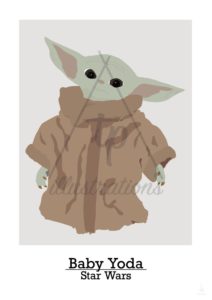 Whilst Disney and Lucasfilm work out what to do with future Star Wars movies, they’ve had great success with their first live-action TV show, The Mandalorian. It was not the bounty hunter of the title who became a global phenomenon but his sidekick. Officially called The Child, but universally known as ‘Baby Yoda’ as he is of the same unnamed species as the diminutive Jedi Master. He may not have a name, we may not know where he came from, he may be small of stature but he won many hearts with his big, expressive eyes. 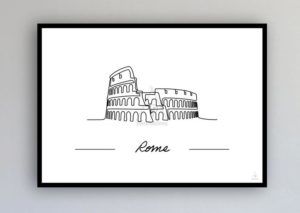 The Colosseum is one of the great symbols of Rome, and can be seen in many epic actions films, none greater than Gladiator. “Are you not entertained?” 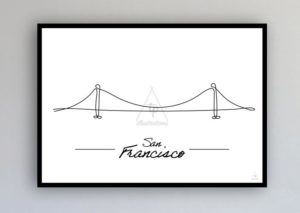 The Golden Gate Bridge in San Francisco opened in 1937 and has been appearing in movies ever seen. The famous structure has been destroyed many times over, including in Superman, X-Men: The Last Stand and San Andreas. It’s no match for movie monsters either, having been taken out in Pacific Rim and Godzilla. More happily it survived appearances in classic noirs like The Maltese Falcon and Vertigo and more recent hits such as Inside Out and Bumblebee. 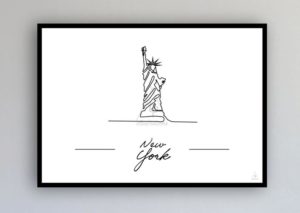 The Statue Of Liberty has been welcoming visitors to New York since 1886 and has featured in dozens of movies. Some of its more famous credits include Planet of the Apes, Ghostbusters II, Independence Day and X-Men. 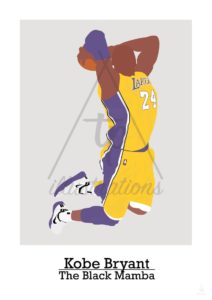 Kobe Bryant was one of the greatest basketball players of all time. A five-time winner of the NBA championship, he was tragically killed in a helicopter crash in early 2020. After his retirement from playing, he won an Oscar, writing and narrating the short film Dear Basketball, winner of the Academy Award for best animated short film.

For more examples of Toby’s work head to his Etsy page.

Keep it FinalBoss for more TV and movie content!

Share
Facebook
Twitter
Pinterest
Linkedin
ReddIt
Email
Previous articleGoogle Rebrands G Suite To ‘Google Workspace’ In A Bid To Catch Up With Microsoft
Next articleAn Assassin In Watch Dogs Legion? Could This Finally Be The Watch Dogs Game We’ve Been Waiting For?

How Is Palpatine Alive? Rise of Skywalker Theories

16 July 2020
We use cookies to ensure that we give you the best experience on our website. If you continue to use this site we will assume that you are happy with it.Ok