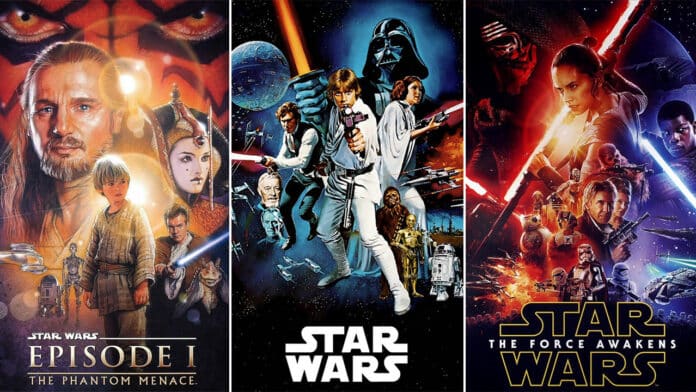 Since the first film was released in 1977, Star Wars movies have come in waves. After the initial trilogy ended with 1983s The Return Of The Jedi, there was a 16-year wait for the franchise to return to the big screen. The Phantom Menace kicked off the much-maligned prequel trilogy in 1999, a series that ended with 2005s Revenge Of The Sith. There was then a 10-year wait before the Disney era kicked off with big plans for a major expansion of the Star Wars series.

Between December 2015 and December 2019 there was an onslaught of Star Wars movies – 5 in that 4-year period.

Since then things have been relatively quiet on the Star Wars movie front, so what does the future hold?

Before we look to the future, a quick look back at those five films. A new Star Wars movie, and a new trilogy no less, always brings it with a tonne of hype, excitement and expectation. The Force Awakens lived up to that. JJ Abrams mixed nostalgia and freshness as established characters Luke, Leia and Han handed over the Star Wars reigns to the young ones – Rey, Finn and Poe. It also introduced us to Kylo Ren. So far so good.

The idea was then to fill in the gaps between trilogy entries with standalone movies. The first of which was the awesome Rogue One. It may not be a story that fans were desperate to know but it’s the best looking Star Wars movie and gave us some badass Darth Vader.

Then things started to turn. Abrams handed the directorial baton to Rian Johnson for The Last Jedi and that film received a mixed reception, as there seemed to be a lack of joined-up thinking between entries with Johnson undoing some of Abrams’s story.

The next standalone was Solo, which had a troubled production. Ron Howard stepped in as director after Chris Lord and Phil Miller left the movie over creative issues. Alden Ehrenreich had the difficult job of imitating Harrison Ford and playing the young Han Solo. A solid movie, but much like Rogue One, not a story Star Wars fans had been craving.

Then what should have been the grand finale, The Rise Of Skywalker, was released. Colin Trevorrow was originally due to write and direct but those creative difficulties struck again and JJ Abrams stepped in once more. He went back on some of The Last Jedi’s stories to give the trilogy a confused feel. It clearly lacked one voice to guide the overall story and the result was a movie that ties with The Phantom Menace as the ‘worst’ Star Wars movie based on Rotten Tomatoes critics’ ratings.

Not the finish many would have wanted, and no Star Wars movie since, so what’s next?

The only future Star Wars movie with a release date! Wonder Women director Patty Jenkins is at the helm for this movie which is due out on 22nd December 2023. “The story will introduce a new generation of starfighter pilots as they earn their wings and risk their lives in a boundary-pushing, high-speed thrill-ride, and move the saga into the future era of the galaxy.” The movie has a writer in Matthew Robinson, and a reportedly nearly finished script but no sign of production starting. With Jenkins also committed to Wonder Woman 3 it seems wildly optimistic that Rogue Squadron will actually make that date.

How To Survive Star Wars | Could the Empire really afford a Death Star?

Game Of Thrones and Star Wars

In early 2018, following the release of The Last Jedi, there was much excitement at the announcement that Game Of Thrones showrunners David Benioff and D.B. Weiss had signed on to write and produce a series of Star Wars movies. Then the final season of Game Of Thrones was released to, let’s say, less acclaim than previous seasons and their reputations were dented. Not enough to put Netflix off though, and they signed the duo exclusively in August 2019, meaning that by October they were out of the Star Wars galaxy. Lucasfilm head Kathleen Kennedy did say they would be welcome back in the future though.

Just before The Last Jedi was released Rian Johnson was announced to create a new trilogy, in which he would write and direct the first movie. This trilogy “would introduce new characters from a corner of the galaxy that the Star Wars lore has never before explored”.

The mixed reaction from diehard Star Wars fans to The Last Jedi may have dampened the hype around this one. All has been quiet since whilst Johnson has earned success with Knives Out and seems to have a busy schedule ahead. With Knives Out 2 and a third entry coming, as well as writing/directing new show Poker Face for Peacock, it could be a while before he has time for Star Wars, if indeed this trilogy ever actually happens.

On Star Wars Day in 2020 Taika Waititi was announced to be directing and co-writing (with Krysty Wilson-Cairns) a new Star Wars movie. Waititi is already involved with Star Wars, having worked on The Mandalorian as a voice actor and director. He was also a known entity to Disney, having revived the Thor portion of the MCU with Thor: Ragnarok, whose sequel Thor: Love and Thunder arrives later in 2022. In August 2021 he told Wired he had a story down but the screenplay had not been started. Like Johnson, Waititi has a number of projects on the go, so it’s unlikely a Star Wars movie will be along anytime soon, but the fact that he is embedded in the Disney/Star Wars world already makes this more likely to come to fruition at some point.

In December 2019, as The Rise Of Skywalker was being released, MCU supremo Kevin Feige was reportedly developing a Star Wars movie. Given the way Feige has masterminded the MCU movies, and now Disney+ shows, weaving them so seamlessly together, this seems like an excellent idea. Michael Waldron, head writer on Loki and screenwriter for Dr Strange and the Multiverse of Madness, has been hired to write the movie but again, there is no news on titles, casting or release date.

It’s worth mentioning that whilst the future of Star Wars movies is unclear, there is plenty going on for Star Wars fans to enjoy. The Mandalorian has been a huge success, making Baby Yoda, aka Grogu, into a cultural phenomenon. Fan favourite Boba Fett finally has his own series and May 2022 will see Ewan McGregor return as Kenobi. With Ashoka and Cassian Andor also getting their own spin-off shows the future is strong on the television front.

The future of Star Wars movies may be unclear at this point but there is no doubt the franchise will be back on the big screen at some point!

Let us know who’d you like to see in the directing and writing seats for future Star Wars movies and which characters you’d like the franchise to feature.

If you liked this article you could always check out our other Movie/TV articles. May the force be with you! 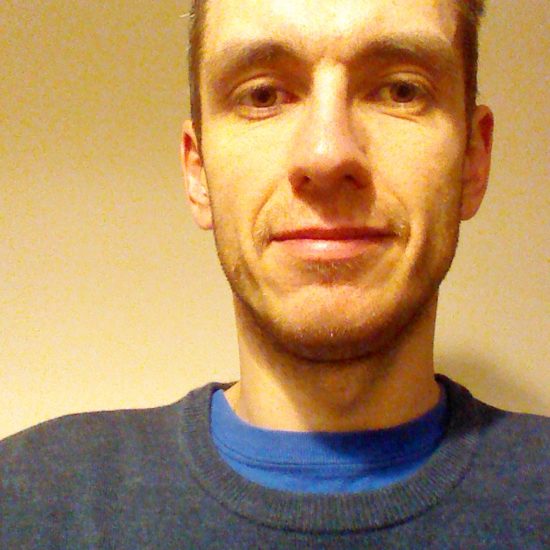 Army Of The Dead – The Start Of The Zombieverse?