Before we delve into Episode XI, let’s first set the scene.

I grew up loving the original trilogy, I’m not old enough to have seen them at the cinema but certainly watched them a lot as a child – either on tv when they were a Christmas staple or on VHS. (That was how we watched stuff before streaming and DVDs, younglings).

Then along came the prequels. They were met with much excitement on release but that didn’t last, and there doesn’t seem to be much affection for them now. Whilst all three films have their moments, they are lacking something.

Despite series creator George Lucas being in control, the prequels don’t have the same feel or tone as the originals. They’re too shiny and flashy. What did recapture that same atmosphere though is The Force Awakens.

J.J Abrams’ film is the perfect blend of old and new. He incorporated the classic characters and style whilst introducing new heroes and, in Kylo Ren, perhaps the most interesting character in the entire series. Then Rian Johnson put his own twist on the galaxy with The Last Jedi. A divisive film, I think he did it very well, although I understand it isn’t for everyone.

Which takes us to The Rise of Skywalker.

Colin Trevorrow was originally due to direct this film but when that didn’t ‘work out’ Abrams returned to finish what he started. And this is where the problems begin. It seems obvious now that this new trilogy was missing a Kevin Fiege (Marvel) – A Star Wars overlord to knit everything together.

The films don’t flow very well and ideas set up in one are abandoned and replaced by new ideas in another. What does this mean for the franchise? Well, unfortunately, Episode IX has many issues, providing more questions than answers.

Let’s start with the big villain.

There was much speculation after the trailer reveal that Emperor Palpatine would return and how he would do it. The answer? We still don’t know. It’s kind of glossed over and he’s just there causing menace again.

The next big reveal is that Rey is Palp’s granddaughter, and he wants her to rule the galaxy. This very much undermines the revelation in The Last Jedi that Rey’s parents were nobody. I’d love to know when this was decided. It has never ever been hinted at that Palpatine had children. It also undermines the suggestion from the end of The Last Jedi that anyone can be strong in the force, and that an ordinary person could be so powerful. It seems all the most powerful people in the galaxy have now seemingly been Palpatine’s or Skywalkers. 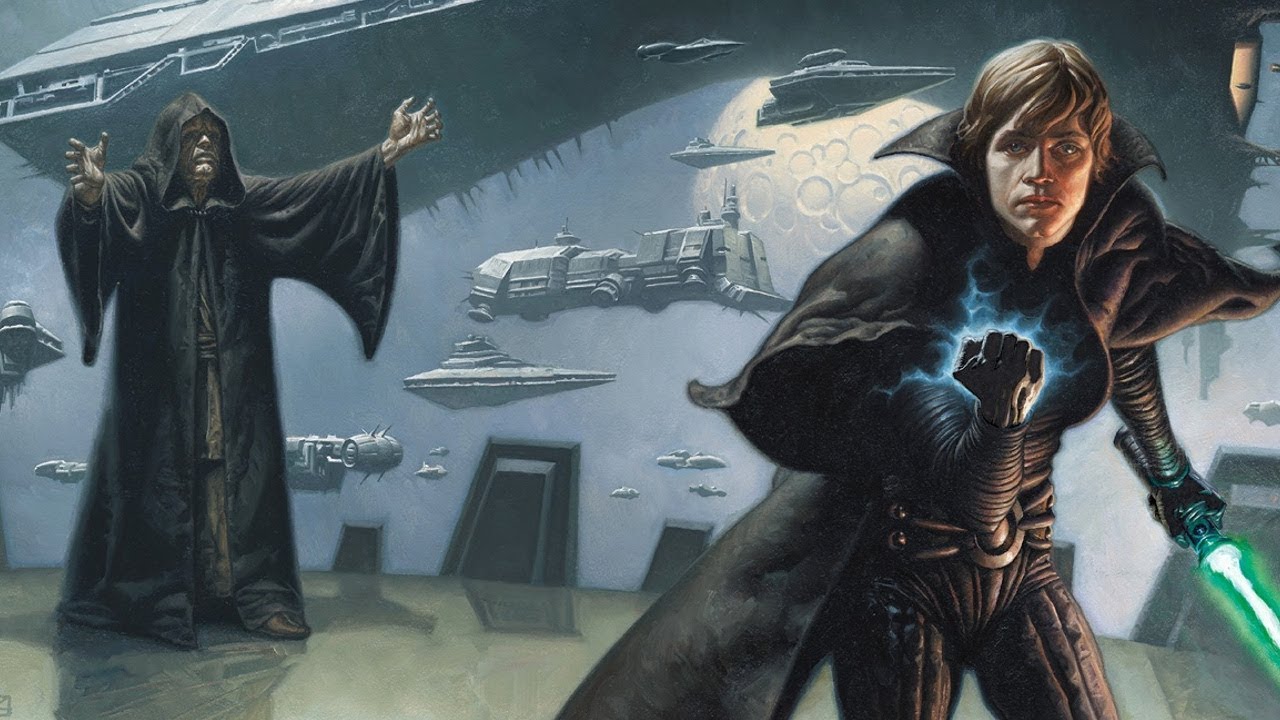 Speaking of the force, there were some big developments there. Rey, and then Kylo, could both use it to heal. Has this always been available? Surely that would have come in useful in battle. The equivalent of a Jedi medic would have been handy during The Clone Wars. And The Rise of Skywalker has us question how strong Leia was in the force. Bit of training from her and Rey is seemingly all-powerful, floating cross-legged in mid-air, pulling starships out of the sky and, as mentioned, healing.

More Problems With The Rise of Skywalker

Firstly Chewbacca. Anyone who’d seen the trailer would know he was still alive following the explosion because it showed him in an obvious later scene with Lando on the Falcon. Even if it hadn’t been ruined, we barely had any time to take it in before it was revealed he was okay.

Then Kylo Ren takes a lightsaber through the midriff and surely must be on the verge of death. But no Rey, goes all Mr Miyagi on him and he’s fine. If that wasn’t enough, we have C-3PO. It’s not a death exactly, but a master droid-smith has to wipe his memory, effectively creating a new droid unit. But wait, 5 minutes later R2 steps in and everyone’s favourite goldenrod is back. There is still time for one more though! As the effort of taking down the Emperor kills Rey, at least until Ben/Kylo stumbles in to revive her.

It’s a rollercoaster sure but hardly time to dwell on one thing before the next is starting. The pace is utterly unrelenting, and not always for the better. 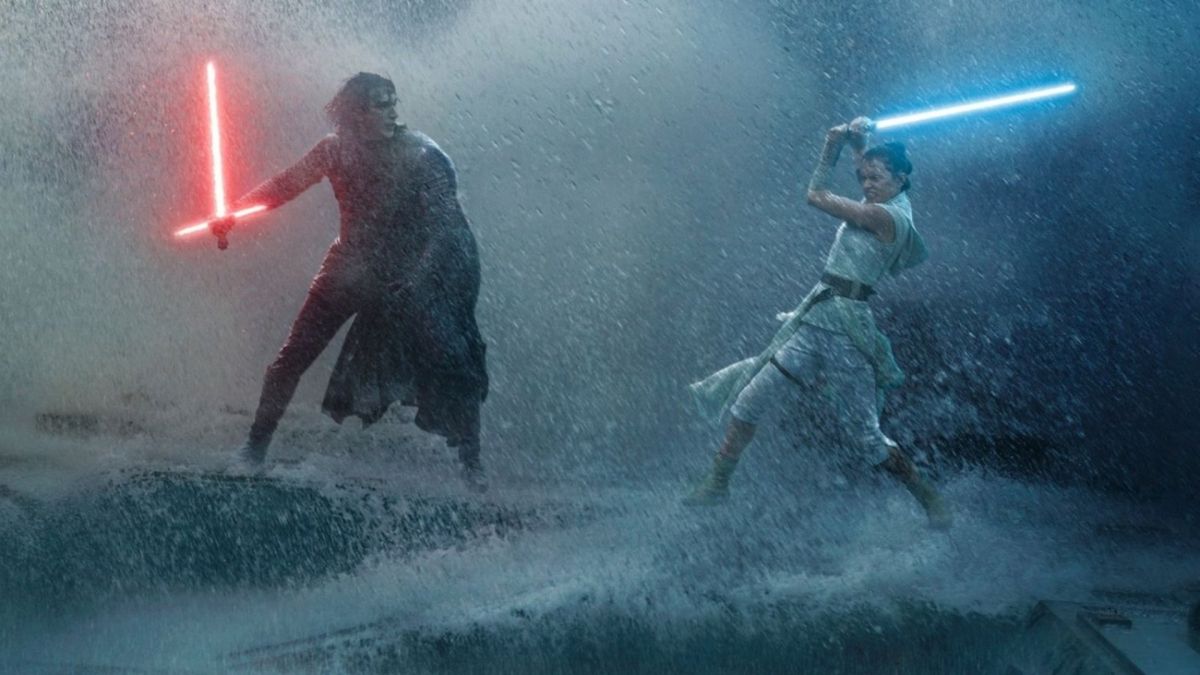 One of the more charismatic new guys is Richard E Grant’s Allegiant General Pryde. Once more though, I’d like to have found out more of his story. Initially, it seemed as if Ren might have put him in place to annoy Hux but this is countered by the fact that Pryde was in contact with the Emperor and so would seem to be his man.

Moving to discuss Rebel Scum, both our male leads get a hint of love – once again. Poe needed help from an old flame called Zorri who looked like a Power Ranger and was charmed enough to return for the finale. Likewise, Finn made friends with horse lord Jannah which again came in handy in the final battle. Both threads had potential but didn’t go anywhere. And, in another abandoned storyline from The Last Jedi, Finn’s good friend Rose barely got a mention.

It’s Not All Bad News For Star Wars: Rise of Skywalker

So what was good?

The Rey-Ren dynamic is the best thing about the new trilogy. Daisy Ridley and Adam Driver both give great performances as the troubled youngsters battling themselves, each other, and everyone around them. Their chemistry, often when not physically together, is fantastic and it’s fitting they save each other.

The film made more use of the late Carrie Fisher than I was expecting and blended in the previously filmed footage very well. It was also a nice surprise to see Han. Luke appeared to have regained some of his previous boyhood enthusiasm as a force ghost and Lando slipped back in like he’d never been away.

The sequence leading to General Hux’s demise is comical and probably the closest the film gets to the tone of The Last Jedi. The new droid D-O was cute and fun but probably took a bit of time away from R2 and BB-8 who were lacking in screen time.

It was pleasing to me that the new heroes Rey, Finn and Poe were together at the end and that Chewbacca finally picked up a medal.

Expectations for this film were huge, bringing the end to a 9 film series that has taken 42 years to make and is so beloved. I’m not sure any film could meet those demands.  Ultimately the best I can say right now is that the series comes full circle, finishing on Tatooine, with a Skywalker giving the galaxy a new hope.

These are my initial thoughts on that film, but what were your thoughts on Star Wars: The Rise of Skywalker? Let us know in the comments or tag us on socials!

Share
Facebook
Twitter
Pinterest
Linkedin
ReddIt
Email
Previous articleThe Best Christmas Movies: Top 10 Films To Watch This Christmas
Next articleBest Simpsons Christmas Episodes
Shaun Dearling
Shaun is FinalBoss' most prolific cinephile. If he hasn't seen it, it ain't worth watching. You'll find him writing about everything from blowout blockbusters to small-screen splendours as he waits impatiently for Lord of the Rings to be released by Amazon. Catch up with Shaun and see what he's been watching on www.letterboxd.com/shaun_1982.