You don’t know how it happened. You don’t know why it happened. Maybe it was a consequence of the snap. Maybe you’ve eaten too much cheese and you’re having a bad dream. Whatever the reasoning, you’ve found yourself somewhere you don’t want to be: in the heart of the action of Avengers Endgame.

Sure, that sounds like fun, but as the carnage unfolds, is that somewhere you really want to be? The MCU might be bloodless, but that doesn’t mean the punches hurt any less, or turn your brain to mush any slower.

You’ve got a task on your hands. Now you’ve got to survive in what is bound to be a violent conflict.

So how do you do it? We don’t know who will die in Avengers Endgame yet, but we do know you don’t want it to be you. It’s not going to be easy, but we’ve got some ideas that might just help you see it through to the end of Marvel’s phase 3.

Let’s face it, this guy is toast.

He might be a near-immortal titan, but he’s also an insane and genocidal monster who annihilated half the Universe because he was too short-sighted to figure out he could have just made people 50% less demanding of resources.

This being a superhero movie, and not something directed by an indie director with a grudge against the mainstream, Thanos is unlikely to make it out of Avengers Endgame alive.

Marvel aren’t exactly known for their hard-hitting deaths, at least those that stick, but we can be sure the villains will bite it. If we had to bet on who will die in Avengers Endgame, our money would be on Thanos.

So, quick tip: want to survive Avengers 4? Don’t be Thanos.

This one goes without saying really, but pulling this kind of **** is only going to end badly for you. Let’s just take a look at some examples:

You know what mistakes these chumps made that you shouldn’t? They let their emotions get in the way. If you want to survive Avengers Endgame, you have to become a stone cold fox. Don’t get attached to anyone, think only of yourself, and avoid any activity that could be construed as heroic.

As the great philosopher Homer once said:

Avoid Having Your Contract End

Nothing says fresh corpse like the end of a legally binding contract.

We’ve got a few of those coming up, including Evans, Downey, Hemsworth, Ruffalo and probably Renner, too. The only original Avenger who seems safe at this point is Johansson with her upcoming Black Widow movie, and even that could be set in the past.

All the big names from the first slate of Marvel movies are about to see contracts expire, which is probably welcome news for Disney. Reportedly, these are the figures for Infinity War:

That’s a lot of wonga being passed around, pushing budgets for these films through the roof. With so many massively expensive contracts expiring, the bean-counters behind the movie magic are probably looking for ways to cut costs by slaying one or two million-dollar stars.

With their contracts on the rocks, there isn’t a lot these actors can do to keep themselves alive in Endgame if the Disney crosshairs fall firmly upon them. For you, however, it’s a different story.

What you need is a multi-movie contract, that’ll be sure to keep the flack off you. How are you going to achieve this? Lowball Disney. Give them a disgustingly reasonable price for your appearance in the movie and subsequent features. All these actors are cracking out the big bucks, so you’ll take the target off your back if you make it easy for the House of Mouse.

The smartest financial decision? No. Will it see you through to the ends of Endgame, like the much cheaper Cumberbatch, Gillian, Holland, Pratt, Saldana and the like? We’d have to say yes!

Get Cast in Spider-Man: Far From Home

Spoilers from the upcoming Spider-Man film?

In the most recent, and currently only, trailer for Spider-Man: Far From Home, we see none other than Mr P. Parker, Nick Fury and Maria Hill. We know all these characters were snapped out of existence in Avengers: Infinity War, and with the movie confirmed to be set after Endgame, we know that means our plucky boy from Queens is going to be back and better than ever.

This means these characters make it through Endgame and live to fight another day. This also means that if you also manage to land yourself a part in Far From Home, you are destined for survival in Endgame.

You see our logic here?

When it comes to a question of who will die in Avengers: Endgame, we know it isn’t anyone who appears in the next Spider-Man film, so that’s your ticket out. Get yourself on the casting sheet for this movie however you can. Get a bit-part. Be an extra in the background. Our tip is to practice your New York accent and be the random character who gets knocked over by our beloved protagonist as they run away from a bad guy, shouting ‘watch where you goin’, will ya?’ after him.

If you’ve enjoyed our article about how not to be one of the characters who dies in Avengers: Endgame, then why not check out our other survival articles, including Star Wars and general Disney flicks.

What is the Best Order to Watch Star Wars?

Srivats - June 5, 2020
Welcome to the technology edition of our weekly round-ups. We’ll run down the latest news from the tech world, take a look at what’s...

Scott Jones - June 5, 2020
Welcome to the gaming edition of our weekly pop culture round-ups. Here you can find out all about the week's latest video game gossip...

Shaun Dearling - June 4, 2020
Welcome to the TV and Movie edition of our new weekly round-ups. In this new FinalBoss feature we’ll bring you bitesize chunks of the... 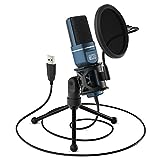