Are The White Walkers The Good Guys? A Game of Thrones Theory That Changes Everything 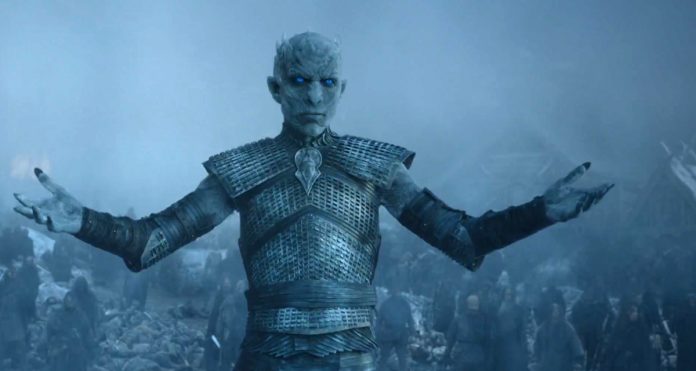 Game of Thrones is a story so complex, with character’s with arcs that run so deep, that the series is surrounded by an immeasurable amount of theories.

Many of these are utter trash, but some shining few take elements that we know, expand on them, and actually make a great deal of sense.

R+L=J was one such game changing theory, and look how that turned out.

Now, as season 7 gets underway, there are countless theories floating around about how this series could progress. We’ve actually got an article and a podcast that both look at exactly that, if you’d like to know more.

However, today we want to talk about a different theory. A theory that goes beyond any other. A theory on the level of Jon Snow’s secret Targaryen heritage. A theory that also makes a great deal of sense.

The Theory: The White Walkers Aren’t The Bad Guys We Think They Are

Very little is known about the White Walkers. But here is what we do know:

What we’ve taken their hostility towards men to mean is that these are villainous creatures, hellbent on conquering Westeros and slaughtering all in their path. But when you look at the evidence we’ve already got, that doesn’t make much sense.

First, we look at the words of G.R.R Martin, who is quick to judge anyone who uses fantasy as a way of writing about ‘good vs evil’. Martin is all about moral grey areas. How nobody is truly good or truly evil.

It would be strange then, for him to create these evil monsters who want to do nothing but kill people.

As we’ve seen in the show, the White Walkers also made a deal with Craster. Which means they communicated and came to an agreement. They didn’t capture him, torture him and force him to produce heirs. He lived his life, free.

We also believe that the White Walkers were forced back into the Land of Always Winter after the Long Night by the last hero Azor-Ahai, then The Wall was built to keep them out. However, given the scale of the wall, it seems strange to believe that humans could have built as quickly as we’re lead to believe. Surely it would have taken hundreds, if not thousands of years?

It is speculated that, given the White Walkers affinity for winter, and ability to control the elements, that they themselves built The Wall.

But why do that?

Yet, over time, things have changed.

Where It All Went Wrong

It was said that in more recent history, a member of the Stark family, known as the Night’s King, was married to a White Walker bride. An unnatural betrothal many disapproved of.

This Stark was the Lord Commander of the Night’s Watch, and ruled over the wall. The happy couple were thought to have taken part in some dark practices — human sacrifices to be exact. Eventually, the men of The Watch had enough and slayed the Night’s King.

But what if this wasn’t a marriage of darkness, but a marriage of peace? Many great houses in Westeros marry together to maintain order. This marriage could be no exception.

Then, the human sacrifices were probably not part of some sick fantasy or power play, but instead involved in the agreement to keep the White Walkers at bay.

We also have to look at another part of this supposed agreement: South for the humans, The Land of Always Winter for the White Walkers.

In modern Game of Thrones, north of The Wall is full of people — well, it was. Free Folk, Wildlings, whatever you want to call them. Thousands of them.

The Watch too, are always moving into this territory. Going out on raids, trending boot to earth that does not belong to them.

It would appear that the pact between White Walkers and men has been forgotten to the winds of time. With the White Walkers hidden away for thousands of years, what bound them to their place in the world is under threat.

Potentially, the last hero, Azor-Ahai, made this deal in relative secret. It did involve the sacrifice of children after all. After the Night’s King fell, perhaps all memory of it was lost — to humanity anyway.

The important word here is threat. If this theory is to be believed, and it makes a great deal of sense to us at THG, it’s not the White Walkers that started this conflict, but the humans.

So, the White Walkers land is being invaded, their population dwindles because their agreement with the humans has been broken, and now, there is another, even greater threat: Daenerys Targaryen.

The Ultimate Threat to the White Walkers

White Walkers remerged into the world of man around the same time of Danny’s birth, thought to be a time when magic was also reborn into the world. Now Daenerys marches on Westeros, with the ultimate White Walker killer in toe: dragons.

Creatures of fire, dragons are not only powerful enough to create weapons that can kill White Walkers, but presumably melt them faster than an ice cream in the Nevada desert.

You feel your people have been betrayed by men. They’ve taken your land and they’ve broken your pact, a betrayal that risks the extinction of your entire race. Now, a Queen from beyond the Narrow Sea comes to take control of the continent with her dragons. Creatures that could easily slaughter the remainder of your people.

She might not come beyond The Wall to kill you, but she’ll certainly attack you if you try and gain more human sacrifices or throw out those ‘Free Folk’ within your territory.

Your forces are dwindling.

If you don’t fight back now and the Dragon Queen takes over, you’ll never again have the chance the move south, strike back at man and ensure your people live on.

Where This Leaves Us

So, the White Walkers, their pact broken and their world under threat, have seen no choice but to reignite the war between man and Other.

They move south not because they’ve been biding their time, waiting for a time to strike, but because man has thrown aside their agreement and without action, they face annihilation. Their goal seems simple, destroy or be destroyed.

Does this make White Walkers good guys? In their own eyes, yes.

It makes them a civilisation with a lot to lose.

Just as with everything on Game of Thrones, their moves aren’t mindless but calculated and deemed necessary based on their personal motivations. They wage war with ferocity and power that is pretty damn merciless. Yet, Danny has done some horrific things to get where she is. She now also rides with the Dothraki, a group of raping, pillaging barbarians. She also sides with the Greyjoys, the Westerosi version of Dothraki.

Yet she, to many, could be considered a hero. A good guy.

You can quite easily see the Night King as a parallel to Daenerys if you look at the story from this perspective.

Both fight to ensure the survival of their lineage. Both were ‘betrayed’ by others, nearly causing them to fall to ruin. Both have done some pretty horrendous things in pursuit of power.

Yet both want one simple thing, to rule in a world where they are safe and free.

You could argue that the Night King, in this regard, is more of a hero than Danny. In his mind, according to this theory, he is fighting for the survival of his very people, while Daenerys is fighting to claim the crown of Westeros because she believes it belongs to her.

After more Game of Thrones theories and content? Check out our TV page for more articles on the top TV series of 2017.

What Is Dust? His Dark Materials Dust Explained