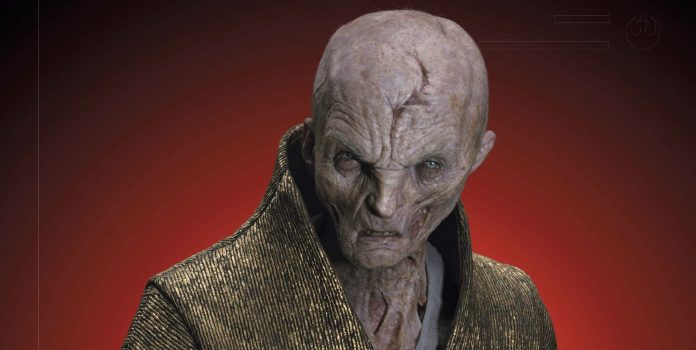 Star Wars: The Last Jedi is a truly polarizing movie. Personally, I loved it, as do many people I know, but I can see why it might have been upsetting for some fans to see.

The backlash the film has seen is fairly amusing, considering the anger I received when suggesting Disney may end up ruining the Star Wars films last year is now firmly directed at the entertainment giant.

There are some elements that people really aren’t getting on board with when it comes to Rian Johnson’s instalment in the Star Wars saga, with one example being the death of Snoke. Many fans are disappointed that this seemingly major character was cast aside so quickly, without anything in the way of backstory or development.

But did Snoke die in The Last Jedi?

At FinalBoss, we aren’t so sure. We believe there are a few clues pointing towards the fact that Snoke may still be out there. In this article, we intend to discuss whether or not Snoke really is dead, and how he could be alive still.

Is Snoke Really Dead? Why We Don’t Think He Is

There is no getting around the fact that Snoke was cut in half. That seems like a pretty surefire way to tell if somebody is dead or not. At least, in the real world. In Star Wars canon, we’ve seen somebody sliced in two and return, his name is Darth Maul.

However, while Maul disappeared down a pit, we clearly see Snoke lying dead in his destroyed throne room. So, what makes us think he somehow lived through the ordeal?

Snoke admitted that he was the one to form the link between Rey and Ben. He used it to lure Rey to him and find Luke Skywalker. Yet, after his supposed death, the two remain connected, as seen at the end of the film. It is possible this is some residual thing, but given he was using his influence over the force to draw these two together, it’s entirely possible, and indeed plausible, that the link hasn’t disappeared because Snoke is still alive.

He Is Covered In Mortal Wounds

It’s hard to get a good look at Snoke, but when you do really get close up, you can see he is horribly disfigured. He has wounds to his head, face and throat, many of which would have certainly proved fatal if caused by weaponry. It appears Snoke has been in the wars, and survived injuries others simply could not.

Consider the open wound on his scalp; sure looks like somebody struck him with a blade — or a laser sword, to me.

He Could See What Was Happening

Up until the moment he was cut in half, Snoke was commentating on being able to see Ren’s mind. Claiming to foresee every stroke he made; which he did. It’s easy to see that he was just confused, mixing up Ren’s true intentions, but given the accuracy of his words, it’s also possible he knew exactly what Kylo Ren was doing.

His Power is Seemingly Unmatched

Snoke’s force abilities seem beyond anyone we’ve seen before. From the ability to fire lightning bombs to link minds, his powers seem utter unparalleled – at least in the context of the Star Wars movies.

Yet, he died so easily.

Hubris killed the Emperor, and it’s possible it did the same for Snoke. But given his apparent abilities, it seems odd to have him killed so quickly, without any kind of challenge.

The Last Jedi also sets us up with a lot of weight behind force projections. After witnessing the powers of Snoke, we believe it could be possible that he projected a form that could either be manipulated physically, or at least appear to do so. As you’ll notice watching The Last Jedi, nobody actually touches Snoke. The only contact he has is with the Lightsaber.

Kylo Ren is No Match for Rey

Ren is a powerful wielder of the force indeed, but is already proving a match for Rey. Given that she has barely begun her journey, it seems clear that she’ll end up being far stronger than he ever could be. He really isn’t a match for her, and a final showdown between the two would likely be a bit too one-sided. Having Snoke return as the ultimate villain would give Rey a more sizable matchup.

There Is So Much Left Untold

Snoke is a character with so much potential. His powers, his history, his ability to reform the Empire from the ashes of the Emperor’s creation. It does seem a waste, purely in terms of character development, to have him die so early in the series.

The New Trilogy is All About Twists

Han Solo’s death, Snoke’s death, the discovery of Luke’s Lightsaber, Rey’s parentage, Luke’s mistakes, the fact that Leia seemingly has real magic powers; the new trilogy is all about shock and awe. Having Snoke split in two, only to return, would definitely be a twist to get you on the edge of your seat in the finale of Disney’s new trilogy.

How Could Snoke Have Survived, And Why Would He Let Himself Be ‘Killed’?

Why Snoke would allow himself to be seemingly defeated would likely be to test Kylo Ren’s power and have him grow into a more lethal force; unhindered by his servitude to his master. The slaying of Snoke seemed to secure Ben’s passage to the Dark Side completely. Before he was conflicted, about what was right and wrong and where he stood, taking out his master gave him the push he needed to really accept the darkness within him.

Perhaps Snoke knew he was the cause of Ren’s inner conflict and sought to eliminate it from his apprentice’s thoughts. He could clearly see into Ben’s mind after all. Things that tormented Kylo Ren now longer have the same hold on him. He doesn’t have to kill Leia if he doesn’t want to. He doesn’t have the same weight forcing his hand, he’s taken full control.

As for survival, and to whether or not Snoke really is dead, he could have made it out through a number of methods. The first could be the aforementioned advanced form of force projection. His ability to manipulate thought also means he may have survived death through moving his mind into another body; maybe a clone or one of the Knights of Ren. There is plenty of precedent for this in the now-defunct expanded universe. While this stuff isn’t canon, it has provided plenty of inspiration for the newest movies and spin-off material.

It is thought that the Emperor’s master, Darth Plagueis, managed to find a way to cheat death. Snoke could be Plagueis, or he could have figured out the same formula. Perhaps he taught Plagueis, or Plagueis taught him.

So, Is Snoke Really dead?

We won’t know for sure until Star Wars: Episode 9. We could be very, very wrong about this, or maybe we’re spot on?

From Blackjack To Gwent, Mini-Games That Were So Good They Stopped...

9 October 2022
We use cookies to ensure that we give you the best experience on our website. If you continue to use this site we will assume that you are happy with it.Ok